Australia Zoo was established in 1970 by Robert Irwin, as the ‘Beerwah Reptile and Fauna Park’, on the grounds of a former macadamia nut farm. From an early age, his son, Steve, helped his father with the animals, both looking after them, and rescuing and relocating them.

As most people know, Steve became a familiar face all around the world with his excellent TV series ‘Crocodile Hunter’. Through this programme, viewers became very familiar with Australia Zoo, as it had been renamed. And, of course, the infectious grin, the khakis, a haircut that should have got his barber arrested and, above all, a bubbling enthusiasm and passion made Steve instantly recognisable just about anywhere.

Sadly, Steve was killed in an accident in 2006, but the work of Australia Zoo, headed by Terri, his widow, ably assisted by his children, Bindi and Robert and his best friend, Wes Mannion, goes on.

I visited Australia Zoo recently, and found it to be one of the very few places that live up to my expectations in every way. It conveys the environmental message extremely well, as did Steve, in his lifetime. If there's any fault to be found at all, I think maybe the zoo should be fully focussed on indigenous wildlife. There's plenty of emphasis on it here, though; Tasmanian Devils, cassowaries and, of course ... crocodiles. 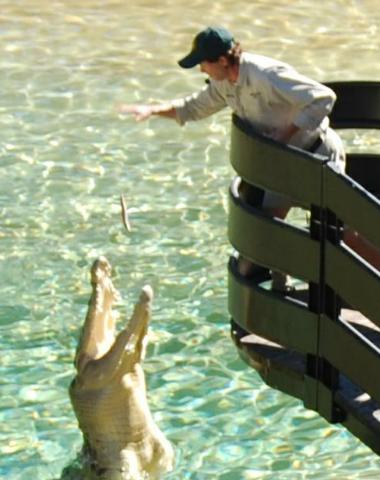 There's an interesting exhibit of photos and artifacts called 'The Steve Irwin Story', and the whole presentation makes you think that he's still there.

Maybe, in a way, he is … at any moment, I expected a figure in khaki to bounce around the corner holding something deadly by the tail, and uttering one of his catch phrases:

‘Crikey! Cop a look at this little beauty!’ 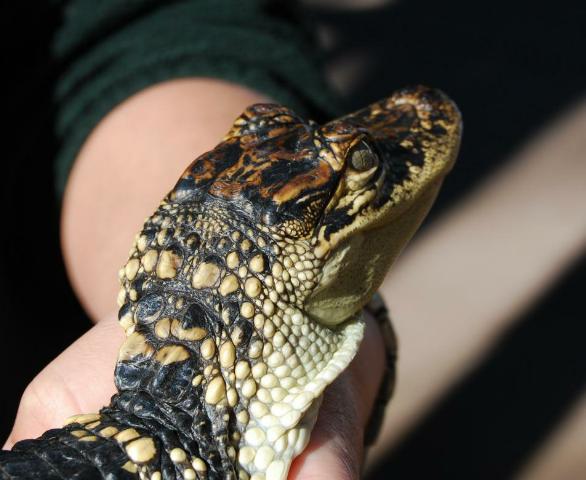 They have a daily show at the Crocoseum ... that’s an arena, sponsored by Discovery Channel’s Animal Planet, who made the ‘Crocodile Hunter’ programmes, where they display some of their animals. Not only crocodiles, but snakes and different kinds of birds are paraded so that people can look at them other than through cage bars.

Elsewhere in the zoo, it's a pity the tigers and the Komodo Dragon were behind glass, as the reflections were difficult to deal with when photographing them. But, I suppose it's necessary for safety.

To be fair, it’s only the really dangerous animals, like the Fierce Snake, that are kept in cages. When it’s appropriate, animals are kept in pens instead. In some cases, it’s even possible to enter the enclosure, and walk around among the animals. And, around almost every corner, there’s a keeper to demonstrate something to you. 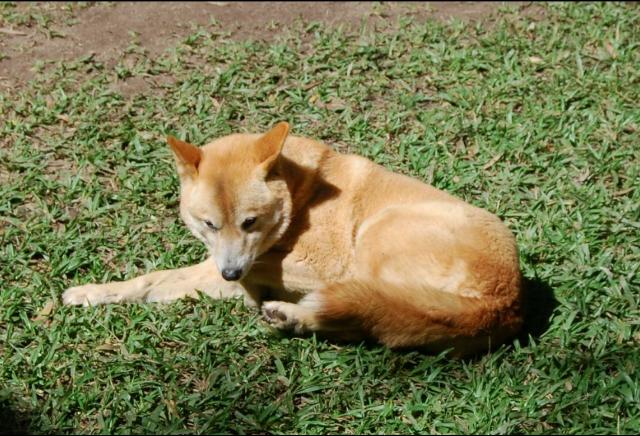 What we didn’t see was the echidna … I suppose it was hiding under a log, or something? But they did say what time it would be fed, and, if we came around that time (sadly, we couldn’t) we’d be much more likely to see him. But, I did see and photograph one in the wild, taken on Kangaroo Island five years ago. So, it wasn’t too much of a disappointment. 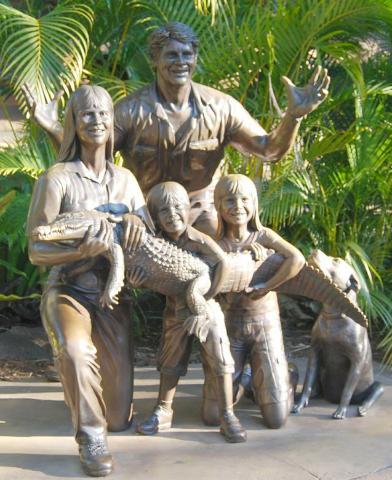