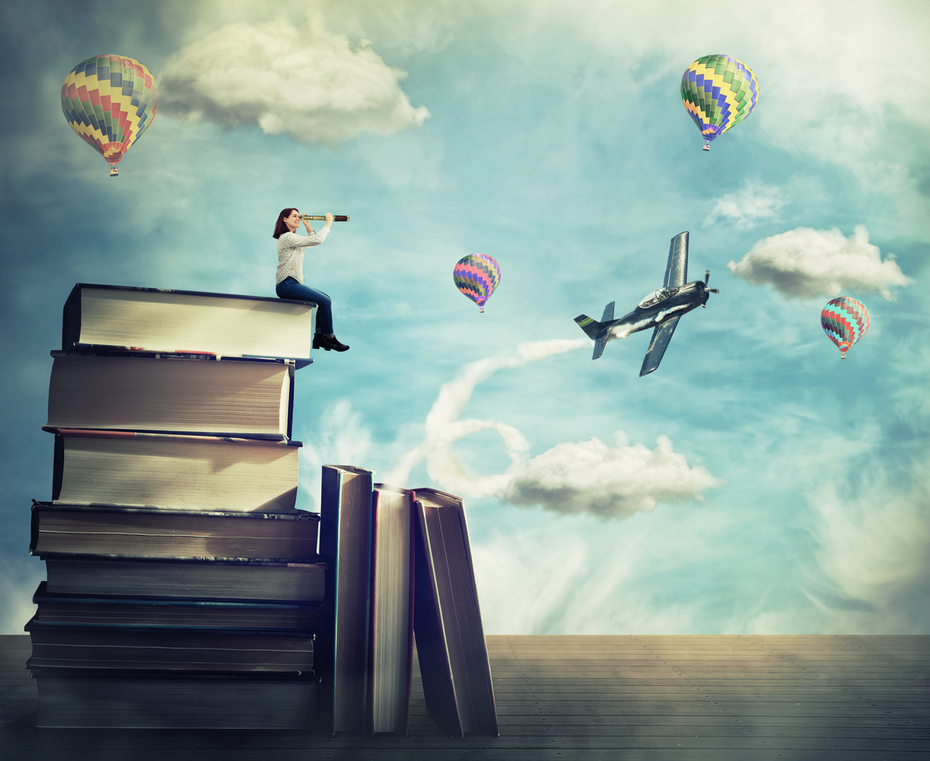 
Adventure travel is all about delving into the unknown, and more often than not, also getting out of your comfort zone. So if that appeals to you, here's a dozen terrific travel reads from people who left their own comfort zones to follow their dreams and seek out new cultures and experiences. There's something old and something new; several you might know, and many others you probably haven't heard of, plus a good representation of female voices. What they have in common is that all are deeply inspiring - and yes, adventurous indeed!

Across the Empty Quarter, by Wilfred Thesiger

We start out with a classic "oldie but goodie": the 1959 memoir of an Ethiopia-born British military officer and adventurer (1910-2003) who in the late 1940s traveled in Oman, Yemen, the emirate of Abu Dhabi, and most famously on camelback across southern Saudi Arabia's forbidding Rub' al Khali desert (aka the Empty Quarter), facing hardships including hunger, thirst, and hostilities of local peoples and political leaders. Nonetheless, Thesiger formed bonds with Bedu tribesmen which sustained him and produced a read which is riveting even today.

An English high-school-geography teacher recounts his extraordinary voyage from the edge of northeast Russia back to London, including navigating Papua New Guinea's dark forests; braving cyclones in Australia; traversing Afghanistan's war-torn Hindu Kush; and biking across the Himalayas. And if you like this, check out Lilwall's other gripping narratives, Walking Home from Mongolia and Walking the Taklamakan (the desert of western China).

Footloose: Twisted Travels Across Asia from Oz to Baku, by Mark Walters

Another Brit, this digital nomad chronicle a whirlwind journey from Australia to Azerbaijan without flying - using ships trains, buses, and the kindness of strangers, and shod much of the way in flip-flops. Among other adventures, he drank with a naked ex-Soviet officer faced terrorists and Chinese tanks. Action-packed and entertaining for sure, and you can follow all this up with his Amerzonia: A Savage Journey through the Americas, from Los Angeles to the Amazon.

Ghost Rider: Travels on the Healing Road, by Neil Peart

Anyone remember the Canadian hard-rock band Rush? They had an amazing career stretching from 1969 to 2018, but in 1997-98 their drummer and main lyricist, the late Neil Peart, suffered a double tragedy when his daughter was killed in a car crash and his wife died of cancer. Taking a sabbatical from the band, he shut himself away and felt aimless and disoriented - then set out on a motorbike odyssey - 55,000 miles through North America, Mexico, and Belize. In this moving account of his travels, Neil recalls the magnificent scenery he encountered and the kind souls who set him back on the proper emotional track. It is the story of one man's journey of self-discovery and recovery. It serves as a timely reminder that travel is about more than simply seeing the sights; it's also about connecting with new people and learning from them, whether it's about coping with loss or discovering more profound purposes in life.

Life Lessons from the Amazon: A Guide to Life from One Epic Jungle Adventure, by Pip Stewart

Yet another Brit, Stewart worked as a journalist in Malaysia, then in 2013 biked to London and became a Red Bull adventure editor. Five years later, she teamed up with two other women to paddle the entire 1,014-kilometer (640-mile) length of Guyana's Essequibo River, South America's third longest. Aided by guides from the Waî Waî people, they braved the dangers of the jungle, the rapids, and the mountains of the Guiana Shield while fending off toxic insects, flesh-eating parasites, and hazardous animals. They also interact with natives whos make their homes in the forest, shedding light on the secrets of how they survive and thrive. Published in 2021, this is one of the most exciting adventure stories ever written and also a true tribute to nature.

Several years before hooking up with Fidel and Raúl Castro in 1955 and subsequently becoming an icon of the Cuban Revoltion, Argentine medical student Ernesto Guevara took a year off to bike with a friend through Chile, Peru, Ecuador, Venezuela, and Panama. - after the motorbike broke down, also traveling by bus, steamship, raft, horse, and hitchhiiking. It's less a conventional travelogue (though they do visit, for example, the Incan ruins of Machu Picchu) than an at times moving sociological snapshot of the poor and working class of the time. And you might remember that it was made into a 20004 movie starring Gael García Bernal.

Riding with Strangers: A Hitchhiker's Journey, by Elijah Wald

A musician and music writer published this account of his 1994 journey from Boston to Portland, Oregon to, as he put it, "give a sense of modern life on the road" but also "to counteract the paranoia that is all around us and remind readers that the world remains a far safer and friendlier place than one would think from reading the newspapers or watching the nightly news." Of course, that was 28 years ago when the world was a somewhat different place, but still... Wood touches on a lot of subjects as he makes his way across the United States, and this is still an engaging and enlightening read.

Tracks: A Woman's Solo Trek Across 1,700 Miles of Australian Outback, by Robyn Davidson

In terms of motivational stories about exploration and finding oneself, this real-life account of a woman who in 1977 at the age of 27 did this monumental nine-month journey from Alice Springs to the west coast with just her dog and four camels may be unparalleled Besides the harsh environment, her many challenges included venomous snakes and lecherous men. It was written up in National Geographic and garnered so much interest Davidson decided to write this book, which is an inspiration not just to travelers in general but especially to women striking out independently. This, too, was made into a movie, Tracks, in 2013.

If you've traveled in Asia, you're no doubt familiar with these three-wheel "auto rickshas." Well, att the age of 27, English travel writer Antonia Bolingbroke-Kent and her friend Jo Huxster decided to purchase a pink one in Bangkok and drive it the 12,561 miles across 12 countries back to their hometown of Brighton, to raise money for a mental-health charity. This is the - often humorously written - story of their odyssey and the adventures and people along the way.

Ubuntu: One Woman's Motorcycle Odyssey Across Africa, by Heather Ellis

The ancient African concept of ubuntu means interconnectedness ("I am because you are"), and that's the message Australian journalist and "motorcycle adventurer" Ellis is trying to convey in this 2016 memoir of her epic road trip  - impulsively launched on a continent where she'd never been - when she was 28. Departing from Durban, South Africa, the trip included the deserts of northern Kenya, Tanzania's Mount Kilimanjaro and the Rwenzori Mountains, and a floating village on the Zaire River. A wonderful portrait of woderful places and people, told with spunk and humor.