WISS PIC FROM AFGHANISTAN Believed to house the remains of the prophet Mohammed's son-in-law and cousin, this 12th-century mosque is cited by experts as one of the world's most exquisite examples of classical Islamic architecture. It's located in Afghanistan's fourth-largest city - which was subsequently built around it - a six-hour drive or one-hour flight from Kabul. 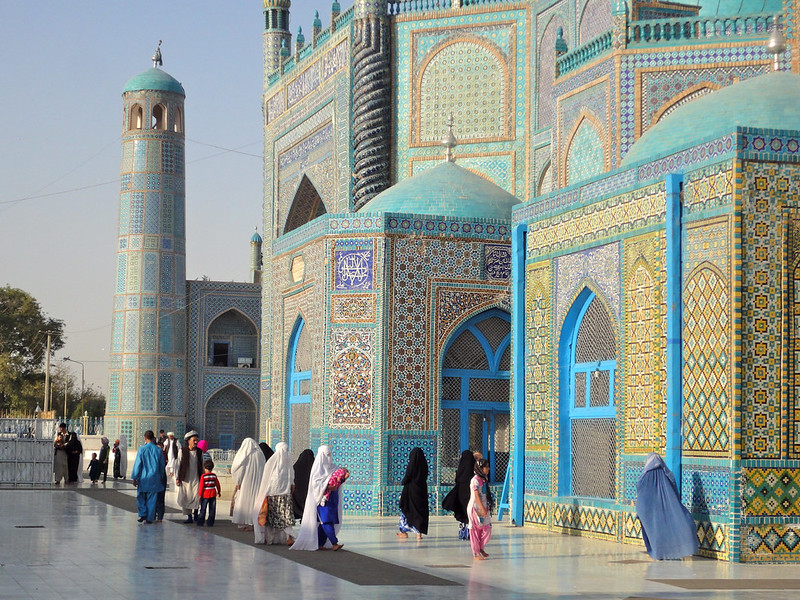