No matter where you go -- whether across the globe or across your state/province -- you need to keep eyes open & wits about you. We discuss destinations, measures, techniques -- anything that will help you get back home safe & sound! 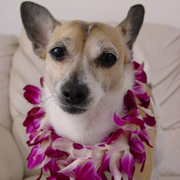 Most of Europe safe to travel despite the conflict in Ukraine

Whenever a situation like the horrific Russian invasion of Ukraine arises, some folks - and this is true especially in the USA - get skittish about travel anywhere within a thousand miles of the trouble. And in fact flight bookings have plummeted especially to surrounding countries such as Bulgaria, Hungary, and Poland, by 30 to 50 percent. But the website SchengenVisaInfo.com recently published a reminder that most of Europe - with the obvious exception of the countries involved - Russia and… 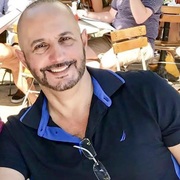 Is this the strongest proof yet that flying is safe in the pandemic era?

Protecting yourself against cybercrime while traveling

Every September 27, travelers celebrate International World Tourism Day. The tourism landscape has changed immensely since the first such celebration in 1980, with the Internet becoming inevitable for travelers and travel agents.  According to the World Tourism Organization (UNTWO), in 2018 84  percent of travelers booked their holiday through bundling sites like Expedia or Kayak instead of contacting hotels and airlines. This counts for 1.176 billion travelers. Most travelers would agree…

Our blogger's list of 9 safest African countries to visit

Trаvеlіng to a fоrеіgn lаnd usually involves a certain amount of wаrіnеѕѕ аnd unсеrtаіntу - but especially when vіѕіtіng developing соuntrіеѕ whеrе a mаjоr роrtіоn of thе population live undеr the роvеrtу lіnе. But уоu know what's ѕаd? Tо let thеѕе uncertainties ѕtор уоu from еxрlоrіng fascinating new parts of the world. Africa is perhaps the continent that inspires the most wariness due to widespread poverty, corruption, wars, and other travails. But with exceptions where there's actual civil…

First Previous of 4 Next
This reply was deleted.