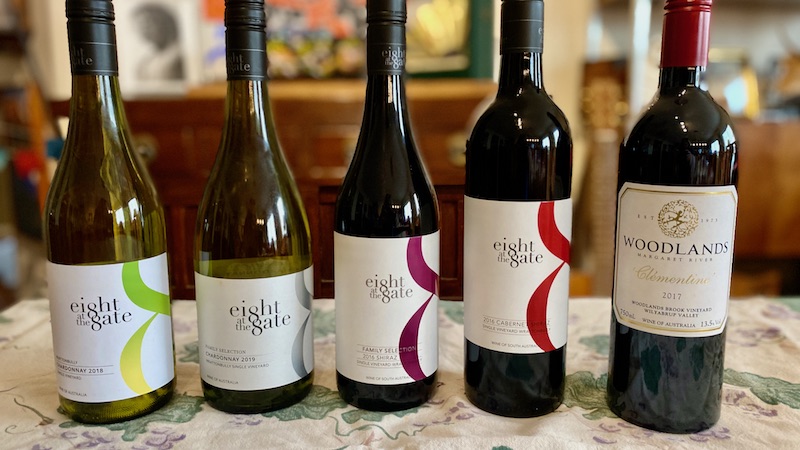 Some weeks ago, our Southern California Wine Council greeted 2022 with a tasting of five wines from the Land Down Under which are exported to the United States.  Four of these wines are produced by Eight at the Gate in the Wrattonbully wine country located along the country's southeastern coast, about 280 miles from Melbourne and stretching throughout the hill country of the Stewarts and Naracoorte mountain ranges.  This area has a temperate climate, long growing season, and significant diurnal range (difference between day and night temperatures) which produces balanced, aromatic, and well-structured wines.  The grapes also benefit from Wrattonbully’s well-draining, fertile terra rossa (Italian for red soil), formed from millions of years of built-up limestone reefs. Eight at the Gate is owned by Claire Davies and Jane Richards, sisters who grew up on a local farm, Tpurchased the vineyard in 2002, and were producing their own wine by 2005.  The sisters each have four children and the charming name on the wine label was suggested by a friend because their eight children were always hanging around at the gate.