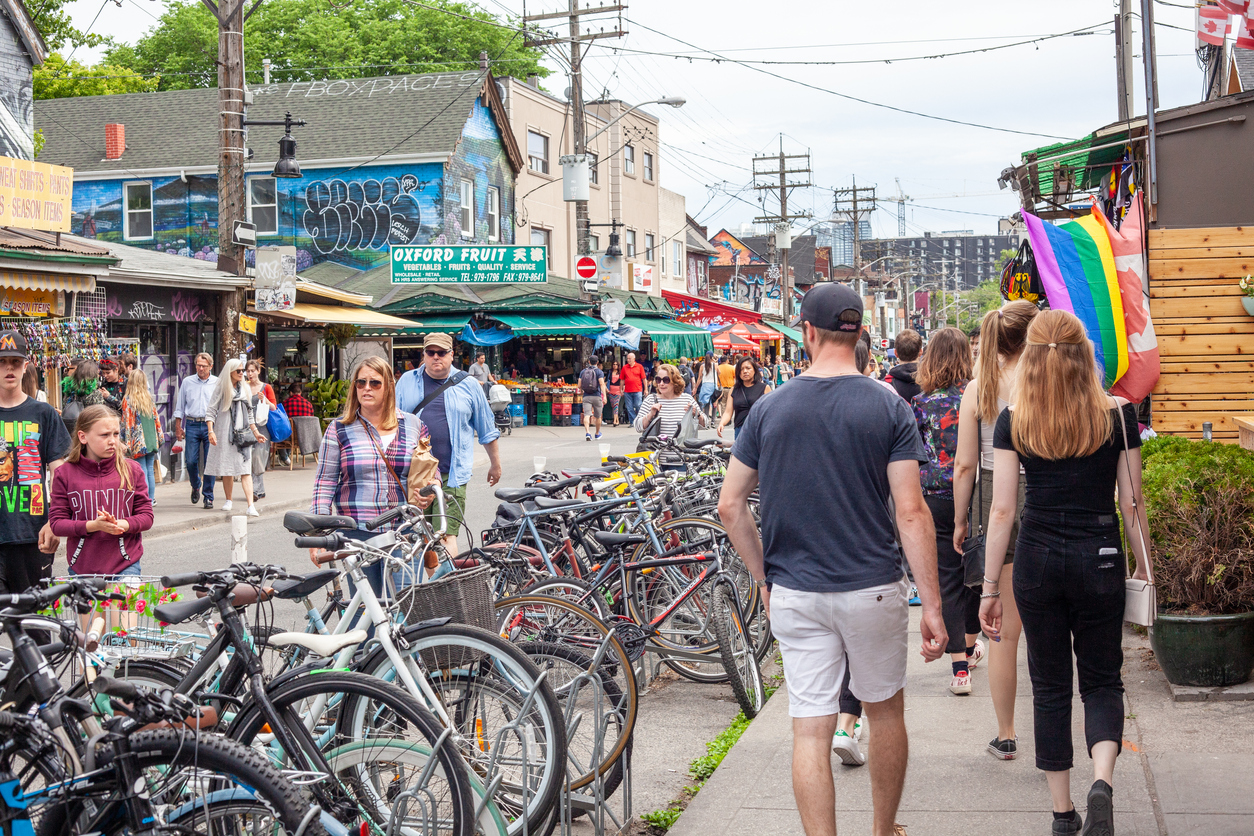 Often opening up a new chapter in our lives can be daunting. Especially when it's moving and finding the best place for a new beginning. Fortunately, the capital of Ontario province and Canada's largest city (pop. 2.7 million) is a welcoming as well as vibrant place to live. No wonder it's the first choice in the country for young professionals and immigrants. Its culture, history, and energy pervade various neighbourhoods in and around centre city, and here are the top five examples:

East of downtown, one of Toronto's most historic districts has its origin in a whisky distillery founded in 1832, and so much of its quaint architecture dates from that Victorian era. After the distillery and many of its other businesses closed, it began to be redeveloped in the early 2000s, and today it's an Instagram darling, with brick-paved streets are lined with charming shops, galleries, and restaurants.

This part of Toronto's east end is,one of several Toronto Chinatowns in the city's east end, and the only one to have a traditional Chinese arch, built in 2008). As you'd expect, it's characterized by lots of Chinese groceries, produce shops, and restaurants. But in the last three or four years has also attracted a growing number of new shops, bars, cafés, and restaurants started by newcomers - whom by the way are welcomed by longtime locals, as are visitors from outside the city. East Chinatown is also quite safe, and relatively cheap in terms of living costs - even if you choose to eat out frequently.

About a 30- to 40-minute train or car ride east of downtown, this pleasant, good-size borough of Toronto has some lovely natural attributes, a location on the Scarborough Bluffs overlooking the Rouge River and a good size park with wilderness-type areas. But it's perhaps best known for its firendliness and ethnic diversity - which means lots of great multiculti dining and so forth. And the rent here is amazingly cheap compared to other outlying areas (for example, check out listing examples at Condo Mapper).

Several blocks west of downtown, one of Toronto's oldest neighborhoods is these days another vibrant, multiculti, as well as somewhat bohemian hotspot to visit and live (top). It's certainly highly Instagrammable, with its Victorian architecture; charming cafés; cool galleries and shops (including amazingly cheap thrift and vintage shops); artsy bars; and diverse eateries. Funky and fun! (And by the way, the large Toronto Western Hospital is also located here.)

Several blocks southwest of Kensington Market, this long, narrow district is another one giving off a  indie "too cool for school" vibe - hip and extremely diverse, as well as safe and welcoming. There's a huge choice of predictably cool bars, bistros, cafés, shops, and eateries, and West Queen West is also known for its offbeat street fashion and colorful street murals. Also funky and fun!

More about Toronto on Tripatini: