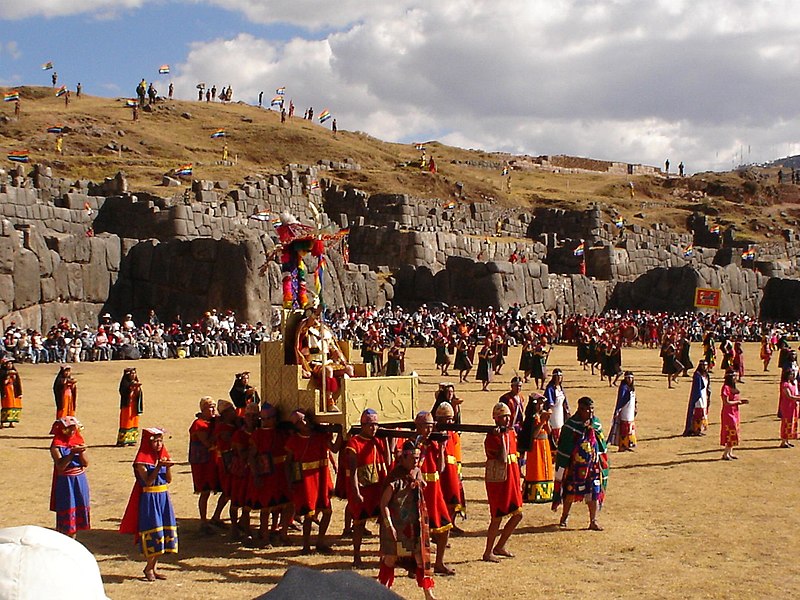 If you’re planning on choosing a holiday with a whole new sense of adventure, there seems to be a huge number of places still available to surprise - even shock and stun - the most jaded traveler. Yet while the temples of southeast Asia, vast canyons of North America, and unmistakable coastlines of Europe are all fantastic places to lose yourself for a week or two, one continent stands out from all the rest as a partygoer’s dream: Central and South America.

We’ve all heard of the blowouts that take place in Rio de Janeiro, São Paolo, and Salvador, yet despite Brazil constituting over 40 percent of South America’s landmass, it’s not the only home of some of the best carnival atmospheres outside of Rio, New Orleans, or Notting Hill.

So without further ado, here are some of the festival highlights of South America for you to feast your senses:

Also known as Inti Raymi in Peru's native Quechua language, the traditional Incan festival that takes place towards the end of June (top) is based around the grand ruins of Sacsayhuaman – the former capital of the Incan Empire – just outside the modern city of Cuzco. Music, colorful costumes, fireworks, bonfires, and food sharing are, rather unsurprisingly, staples of this festival. There’s also a llama sacrifice, but don’t worry – it’s just simulated!

Held in the town of Uncía, in the country's southwest a drive of a bit under five hours from capitl La Paz, this one isn’t for the faint of heart, but it’s certainly memorable – perhaps more so the closer you get. And for good reason. Here many Bolivians gather to represent the fight between good and evil through the medium of a combatlike dance known as Tinku., in which the more blood is spilled, it is said, the richer the year's harvest will be, so locals dressed as Spanish conquistadors dance while swinging their arms wildly. Meanwhile, local police try to maintain order and minimize injuries (and deaths, which have been known to occur). This dance forms a smaller part of a wider celebration, however, with bright clothing and amazing street parties that rumble throughout Uncía.

Popping up to Central America,  this city just under three hours northwest of Guatemala City is a fascinating center of Quiché Mayan culture, and one of its most prominent festivals is a hybrid of Mayan and Catholic traditions. Santo Tomás includes processions, traditional dances, and plenty of firecrackers/fireworks, the highlight of the carnival is when local men climb a 100-foot pole and twirl suspended from it in a ritual known as the Palo Volador - quite a dramatic sight indeed!

Want a different kind of Christmas vacation? Head to one of the most beautiful countries in the world, where on December 24 in this copper- and gold-mining town in the coastal mountains some five hours north of capital Santiago, celebrates the Madonna of Andacollo, patron saint of miners. Drawing more than 150,000 attendees and some 200 dance groups from around the country, in addition to dancing, music, and processions, it includes festival markets seling typical food, drink, crafts, and religious paraphernalia, along with other activities including horseracing.