1) Madurai City in Tamilnadu  is always busy regardless of the time of the day. The historic Meenakshi Temple is one of the most popular tourist attractions in Madurai and is an iconic landmark of the city. Also known as Meenakshi Sundareswarar Temple, the complex was built in the mid 17th century. It is dedicated to Lord Shiva - in the form of Lord Sundareswara - and his fish eyed consort Meenakshi. Every evening the temple hosts a night ceremony with procession and music at about 9pm.The different manifestations of Lord Shiva are depicted on the pillars of Kampathadi Mandapam.imings - 05.00 am to 12.30 pm & 04.00 pm to 10.00 pm,

Entrance ticket - No fee for Indians, Rs.50/- for foreigners, Videos and Cameras are not allowed inside the temple. But, you can use Phone Camera, it charges Rs.50/-Anytime you venture out, in Madurai you are sure to find the city busy and even if you are hungry in the middle of the night, you will find ‘idlis’, the famous south Indian dish served here. Incidentally, Madurai is famous for idlis too!!If you are keen to visit a place that has a glorious past and a busy present with great temples that flaunt the architectural brilliance of the artisans, you need to be in Madurai. The 2500 plus years old city, which has a rich heritage, is located on the banks of Vaigai river.

Tiruchirappalli is famous for its various monuments and temples. It went from the early Cholas to the Pallavas, medieval Cholas, Pandyas, the Delhi Sultanate and Vijaynagars before reaching its zenith under the Madurai Nayaks in the 17th century. Tiruchchirappalli officially ranks third position among the cleanest cities in India, next to Mysuru and Chandigarh!Today it is a bustling bazaar town, with some must-see temples and the famous Rock Fort. Explore tamilnadu tour packages with best indian travel agency. As a result of the various cultural influences.  Also, due to the city being surrounded by various channels of the Kaveri River is rich in vegetation and natural resources.

Kerala is well known for its Ayurvedic Treatment with herbal oils. People from many places take the Ayurvedic massage helps one to relieve from the body pains and makes the body physically fit.Keralam means "The Land of Coconut", a centre of commercial trade with Greeks, Arabs, Portuguese, Dutch, French and the British. The capital city of Kerala is Thiruvananthapuram, whereas Ernakulam is the commercial capital of the state. The principal language is Malayalam with Tamil, Hindi and English understandable.Start.Exploring with  kerala tour packages for family 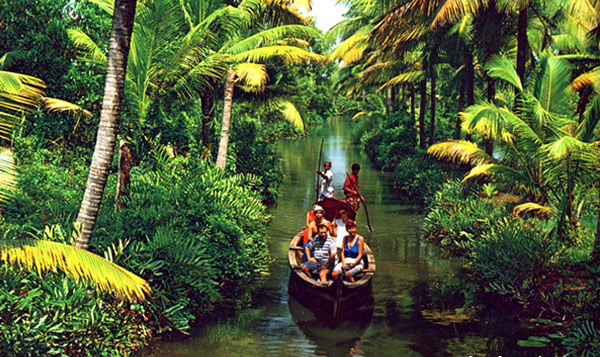 A houseboat vacation is what people look for on their visit to Alleppey. There are expanses of paddy fields, quaint chapels, interesting fishing villages, lakes filled with water lilies which make for some of the best places to see in Kerala. The fascination of Keralites with coconut and banana leaves in their food will prove to be a good experiment for you, if you have never had it before. The Kuttanad Village, situated in Alleppey is the only place in the whole World where farming is done below the sea level.