If you’re a "seeker," who travels in part to deepen your religious and spiritual life, you'll want to read this post to learn more about the 13 most spiritual and sacred places that you can visit once travel starts opening up again. These pilgrimage spots are not merely examples of extraordinary sheer architecture and design but also honor their deities. People have spent years beautifying the incredible structures and one must visit them to understand their hard work and dedication. These include elegant temples, hilltop monasteries, and majestic mosques and churches. It's both the extraordinary architecture and spiritual significance of these places of worship that attract devotees and travelers from around the world.

Whether you are interested in spirituality, a history buff, or simply curious, sites like these are compelling for hundreds of thousands, even millions of potential travelers. these places have everything for everyone. Have a look at the following list and see which ones most capture your imagination.

A beautiful cave 3,888 meters up in the snowy mountains a three-hour drive from J&K's summer capital Srinigar, it's home to one of Hinduism's holiest ancient shrines, where it is believed that Shiva - one of the supreme beings who creates, protects and transforms the universe - is enshrined as an ice lingam (abstact representation). Amarnath is accessible to pilgrims only when ice stalagmites have formed properly during July and August, the period of the pilgrimage known as Amarnath Yatra. The trek itself to reach the cave is also considered one of the most transcendent spiritual experiences in India.

Surrounded by thousand-meter peaks, this large UNESCO World Heritage complex some two hours south of the Honshu-island city of Osaka is the spiritual center of Shingon Buddhism. Kōya-san includes several temples, the mausoleum of Kukai, the 9th-century monk who founded Shingon; another mausoleum, of the family of Japan's 17th-century Tokugawa shogun; and Japan's largest cemetery. Marvelously atmospheric elements include a wealth of pagodas, beautiful stone lanterns along the pathways, and moss-covered tombstones. It's now accessible via cable car.

Yes, these three pyramids and the Great Sphinx are one of the world's most famous tourist sites. But in addition to their historic and iconic allure - built by Egypt's pharaohs nearly 5,000 years ago - these massive structures hold resonance for many of the world's spiritual tradition due to their sacred geometry, and are considered an area of magic and mystery. Certainly these ancient behemoths will leave you awestruck.

Also known as Sri Harmandir Sahib, meaning "abode of God," is a the most sacred shrine and gurdwara (place of worship) in the Sikh religion, but its doors of this are open for people of all faiths as well as non-believers. Dating back to the late 16th century and rebuilt several times since (most recently in 1984), the Golden Temple's intricate and detailed architecture is a feast for the eyes and the surrounding sarovar just adds to its mystique. Volunteers keep it open 24/7, and serves langar (holy meals) to almost 50,000 people per day. Many visitors find they can almost feel an invisible energy or connection with the divine. 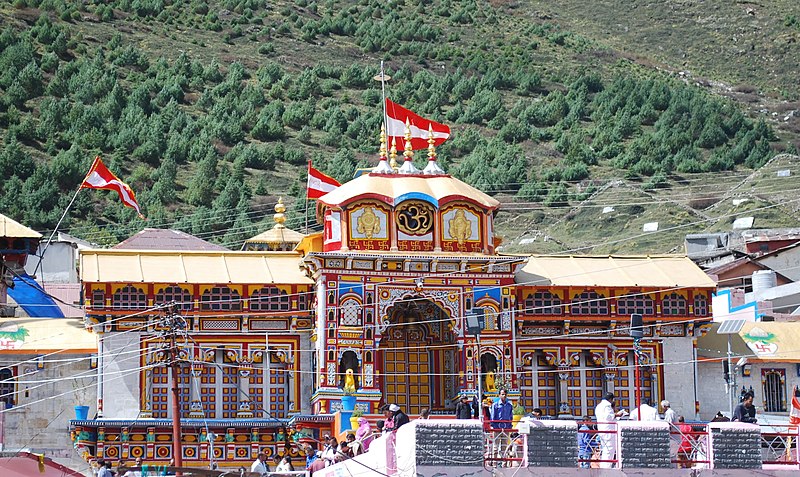 Another of India's most visited pilgrimage sites, located at 10,000 feet in the Garhwal Himalayas bordering Tibet, Badrinath is believed to have been founded by Buddhists and converted in the 8th century to a temple dedicated to another of Hinduism's supreme beings, Vishnu, who according to mythology, once sat this very spot for meditation, despite the harsh weather conditions. The complex has three main structures, and some two dozen black stone statues of Vishnu and other deities and religious figures. 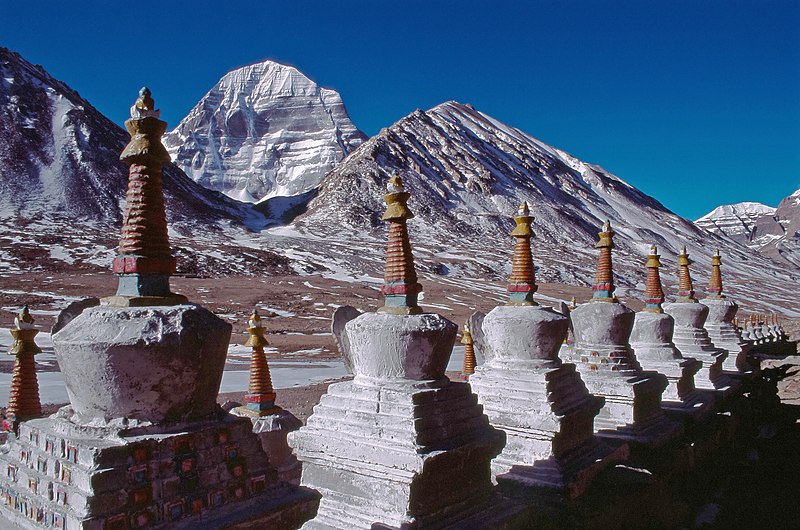 One of the most remote and least accessible areas on this list is part of the Kailash Range along the border of southwestern Tibet, with access reliant on permission from the Chinese government (for Indians, via lottery). Mount Kailash, 6,638 meters high (21,778 feet), is sacred to not just Buddhism but also its offshoot Bon, as well as Hinduism and Jainism (associated with several key Buddhist masters, for example, and for Hindus the abode of Shiva). Pilgrims believe that circumambulating the mountain on foot is a holy ritual that will bring good fortune. Below it, glacier-fed Lake Mansarovar is similarly revered by the same religions, and there are several Buddhist monasteries on its shore, most notably Chiu Gompa, built into a cliff and dating to the 8th century.

This UNESCO World Heritage Site is located in a relatively low-lying district of southern Nepal, just over six hours' drive west of Kathmandu (also accessible via Bhairahawa Airport an hour away). It's Buddhist pilgrimage site because it's been venerated since the 3rd century BCE as the actual birthplace of Buddha himself, and is home to many monasteries, temples (such as Mayadevi, supposedly the site of Buddha's birth), monuments, a sacred Bodhi tree, an ancient bathing pond, and a museum. (And for information on studying yoga in Nepal, click here). 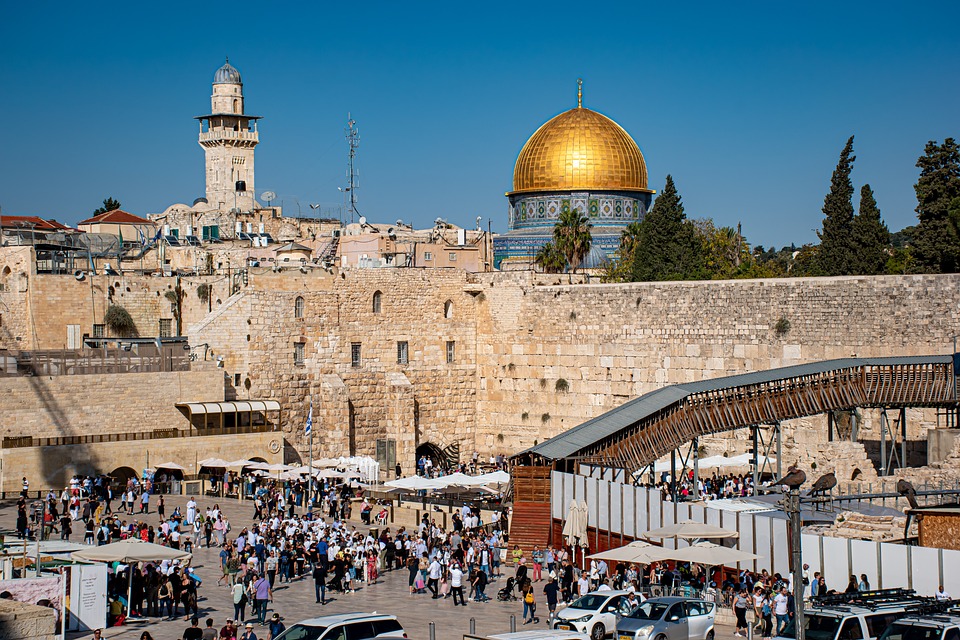 This walled quarter dating back at least 3,000 years - less than one square kilometer - is one of the world's most famous (and contested) religious sites, sacred to Jews as well as Christians and Muslims. It's packed with archaeological and religious landmarks, including the Temple Mount, the Dome of the Rock, the Western Wall, the Church of the Holy Sepulcher, and the al-Aqsa Mosque. Jerusalem is unquestionably a place of profound spirituality as well as astonishing history. 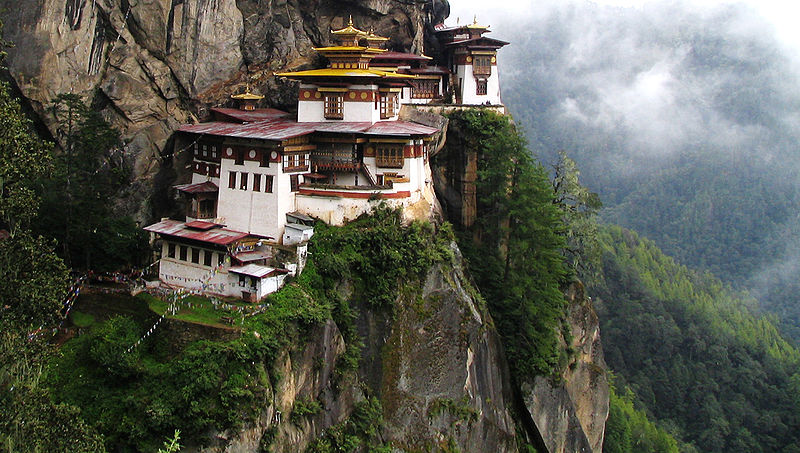 Hanging precariously from a cliff 900 meters up, this 328-year-old Buddhist monastery - four buildings connected by stairways and more properly called Paro Taktsang - is Bhutan's most sacred site. Located in the far western Paro Valley, but just 45 minutes from capital Thimphu - you need to hike nearly one to two hours through beautiful forests (though there's a rest stop and cafeteria on the way), then climb almost 700 stairs to reach it. Still, this is one of the country's most visited places, built around a cave where the 8th-century founder of Buddhism in Bhutan is said to have meditated. 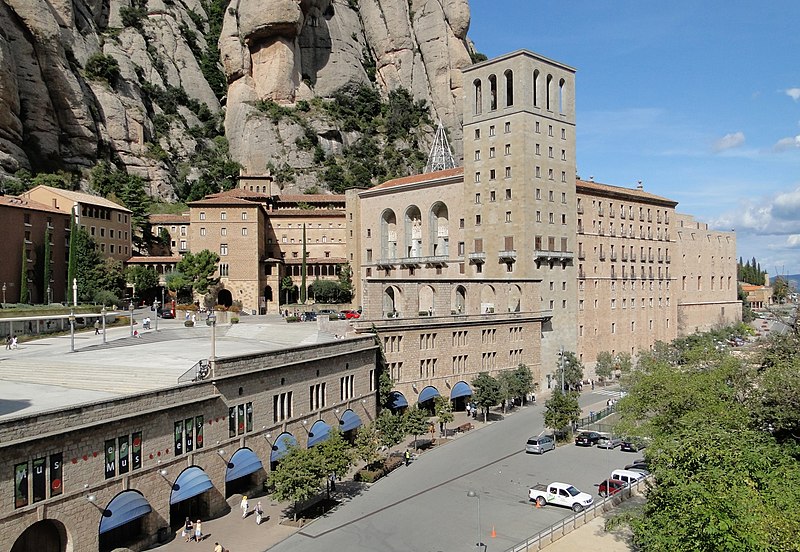 With roughly 80 monks in residence, the Benedictine monastery and minor basilica of Santa María de Montserrat was built over the course of several centuries, with its current façade rebuilt between 1942 and 1968. It's known for two things: one is the striking limestone Monserrat mountain range jutting up from the plain 38 kilometers from Barcelona (reachable by train, then funicular). The other is that its grandiose basilica is home to one of Europe's oldest boys' choirs as well as the Virgin of Montserrat, patron saint of Spain's Catalonia region and embodied in an early-medieval black wooden madonna.

The Monasteries of Meteora - Thessaly, Greece

Up in the northern Greek region of Thessaly, a number of pillar-like rock formations near the town of Kalambaka has for centuries been reknowned for being crowned by a number Orthodox monasteries, built this way between the 14th and 16th centuries for safety from invading Ottoman Turks. Six of these monasteries remain today; each houses a few monks or nuns, and the largest and oldest is Great Meteoron. They're open to visitors and accessible via stone steps, and in them - and in the valley in general - you can breathe an air of sublime peace and spirituality.

One of the world's most reknowned Catholic pilgrimage sites, about an hour and a half north of Lisbon, dates back to the construction a chapel in 1919 dedicated to the Virgin Mary after three local children reported reported that she had repeatedly appeared to them. A basilica was built over the course of the next decades, consecrated in 1953, and ever since, it has been visited by millions of the faithful each year - especially on May 13 and October 13, two of the most significant apparition dates. Today the basilica, chapels, sacred oak tree, and a huge prayer hall remain as testament to faith and religious mysticism.

Located among green hills in the west of England just under three hours from London, the Glastonbury area has been inhabited since prehistoric times, and still conserves a number of medieval buildings and landmarks. Legends have linked the town with spirituality since prehistory, including Druids, King Arthur, the Holy Grail, Britain's first Christian church, and even Joseph of Arimithea, said to have traveled here and stuck his staff into the ground, from which sprang forth a holy thorn tree. The town's most famous landmark is Glastonbury Tor, a hill whose associations date back to Celtic mythology, associated with both Arthurian Avalon the King of the Faeries, and crowned with the ruins of 14th-century St. Michael Church; it offers sweeping views as far out as the English Channel. And for the past several decades it has become a New Age, neopagan and Goddess movement mecca.

What all spiritual or religious places have you visited? Did you feel a divine energy and vibe too? Please share your experiences in the comments below.