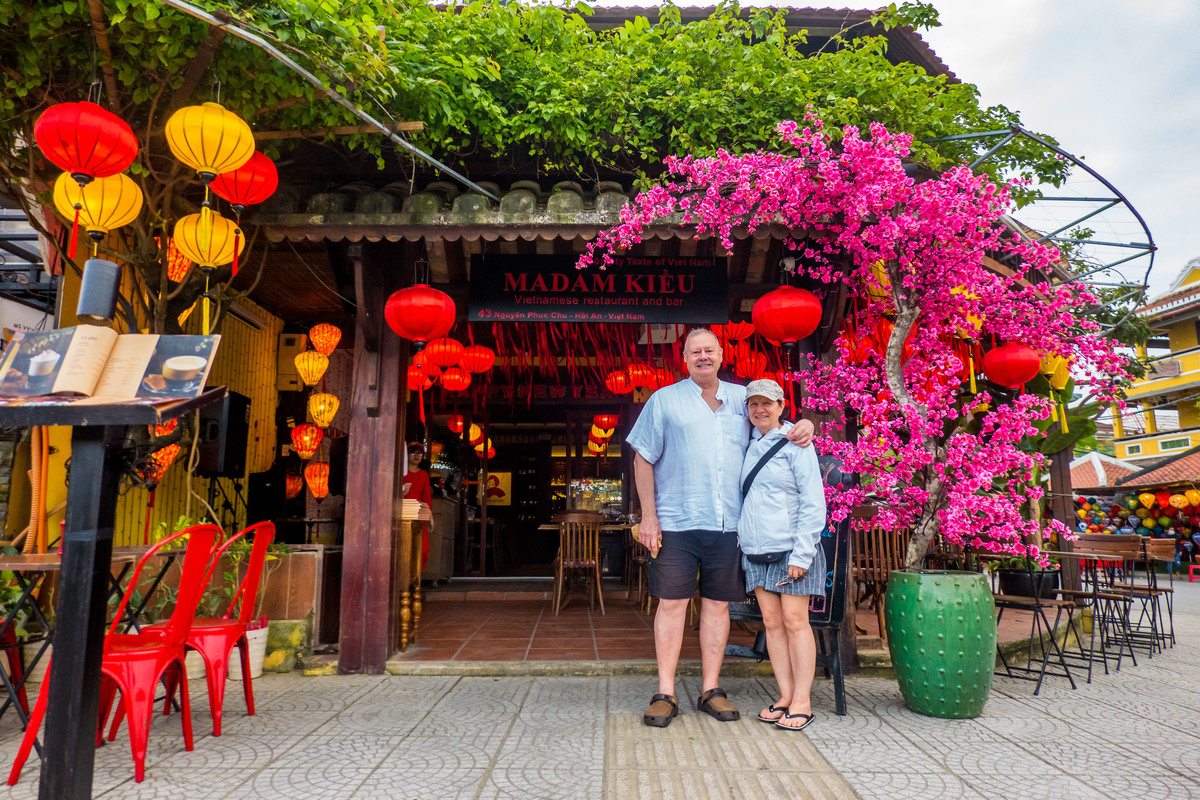 We returned to our home exactly six years ago to the day, on June 1 2016, when Linda and I packed up or donated our possessions; sold our cars; and caught a plane to Chiang Mai, Thailand. Our plan was to hang out there for a while; then spend a few months in Vietnam; and finally move on to Bali for a long stay. We thought we’d return to the United States in 2019 after three years away.

Chiang Mai was great fun for our nine-month stay. Back in 2016 it was the epicenter of the digital-nomad world. The coffee shops buzzed with excitement, ideas, and hope. We attended informative digital nomad meetings with like-minded expats of all ages from around the globe. I joined a writer’s group that met weekly. Kindred souls. Then our Thai visas expired so we moved on to Danang, Vietnam.

Vietnam was an unknown quantity for expats, so we weren’t sure if it would work for us. Our plan was to stick it out for six months max, and then pop over to Bali. Somehow we got sidetracked. Danang was a Southeast Asia version of the Wild West frontier. We met dozens of friendly expats from the U.S., Ireland, England, Scotland, Canada, Australia, and many other other parts of the globe. I also met some expats who were unfit for any form of human consumption: drug dealers, criminals on the lam, crazies, conspiracy theorists, damaged goods, you name it — but that’s another story for another time.

What did catch us by surprise was how we were unconditionally accepted — even embraced — by the local Vietnamese. We learned they have great respect for their elders, including foreigners. Miss Le Dung, a spa owner in her early thirties who did my pedicures and foot massages, invited us to her place for Vietnam’s equivalent of Independence Day for a special meal. In the years that followed, Miss Le Dung and her cousin Miss TuHien would come around to our apartment and cook special Vietnamese meals for us.

Our apartment concierge, Miss Han, also in her early 30s, took us under her wing, helping us with Vietnamese bureaucracy and running errands for us — with no expectation of rewards. She just wanted to help. If it was possible to adopt a 32-year-old we would have done so with Miss Han. We often went out to lunch with Miss Han and the cleaning girls from our apartment. The two sisters who did our laundry, Miss Tam Thao Hana and Miss Loi, also in their 20s and 30s, became our friends. Two brothers of similar age, Eddie and Tommy, started up a tiny local coffee shop on Anthuong 5 and quickly became our friends as well.

It was like living in a village: Everyone knew us and we knew everyone. My “five-minute” trips to get groceries would often turn into an impromptu two-hour social meet-up with several expats or local friends. We witnessed Vietnam awakening to its tremendous potential as an expat haven. Local shopkeepers imported goods from foreign countries to supply us with the things we missed or needed. I had been unable to find a simple rubber kitchen spatula for two years; then suddenly I found “designer” spatulas everywhere. We joined a plush air-conditioned fitness club and worked out in late morning with the entire club to ourselves.

Coffee shops multiplied through the Anthuong tourist district. New restaurants catered to us. We did not need a motorcycle or car because taxis and Uber were super cheap. All our friends who had motor scooters wiped out sooner or later. Twice each week we walked ¾ mile in the morning heat & humidity to the noisy & frenetic local open market, Cho Bac My An. Here we bought fresh food and vegetables for ridiculously small amounts of money. Usually, we were the only westerners there. The vendors would smile and often laugh at us. We could read their looks like a book; “Huh, what are you doing here? Why aren’t you at the upscale supermarket for foreigners and wealthy Vietnamese?” After visiting the market I was always energized. The market was a beehive of activity & somehow the buzz permeated my body.

Our evening walks along the gorgeous miles-long My An Beach were fun. We watched the residents swimming and having fun with their kids in the gentle surf. The beach, lined with restaurants, hotels, resorts, & bars is one of the world’s finest. We could stop at a restaurant a couple of miles along the beach, have dinner, watch the sun go down over the South China Sea, and stroll home or catch an Uber.

In short, we loved our time and the people there. And thanks to close proximity to a number of other Asian countries, in addition to touring the rest of Vietnam we visited Cambodia, Myanmar/Burma, Thailand, Laos, Singapore, Malaysia, and as far as New Zealand. We found the people throughout these countries friendly, interesting, and interested.

Then Covid struck. Eventually the Vietnamese government sent home all foreigners who weren’t working. Fair enough, we thought. After 4½ years in Vietnam, we arrived at SeaTac Airport in August 2021 and got our shots. We moved on to Ohio, Maryland, South Carolina, & Florida, staying with Linda’s sister and brother. Our home in Seattle was rented out until June 2022, so rather than hunker down in expensive techie Seattle, in December 2021 we zipped over to Portugal for three months and finally Croatia for another three months. We did long stays in Lisbon and Oporto, as well as Zagreb, Dubrovnik, and Split. We loved both countries. We had the luxury of exploring at a more leisurely pace and grew comfortable in these cities.

Where Are We Now?

Today, exactly six years after we left our Seattle home to go globe-trotting, we returned, opened the front door, and started unpacking.

How Are We Now?

Jet lagged. Disoriented. Adjusting to less daily sunlight after Croatia’s bright, dazzling days. Moving back into our home that we left six years ago. It’s like stepping out of a time warp into a new future. Finding things are the same in Seattle, yet so much has changed. Reacquainting with our great neighbors. Rediscovering old favorite restaurants. Some shops & restaurants have closed down. Things cost sooo much more!

If I were a travel blogger I’d say our last six years have been epic, awesome, and incredible. But I’ll just say they were marvelous. We’ve lived the travel dream.

Where will we go next?

We’ll see how we feel after we recover from the past six years!