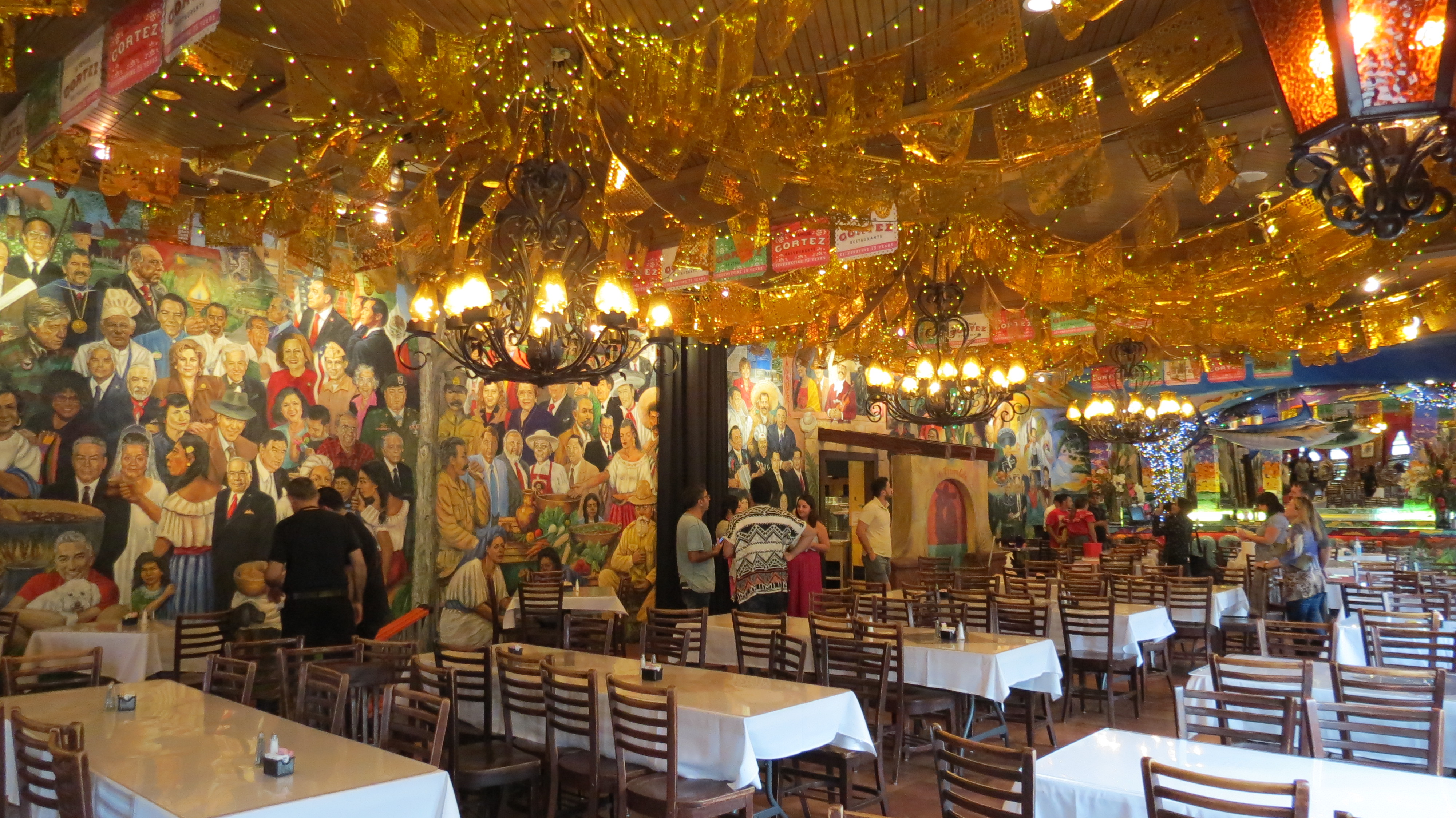 Tourists flock to Mi Tierra Café - the USA's largest Mexican restaurant - to marvel at the spectacular decor. But they have to compete for a seat with the locals who have been eating there for generations and have seen the decor hundreds of times.

It’s the food, plus atmosphere, that keeps the locals coming back to this 76-year-old restaurant in San Antonio’s Mexican Market. President Bill Clinton is not a local, but he ate three separate meals at Mi Tierra on the same day.

And it’s not like Clinton had no other choices. On November 1, San Antonio was proclaimed only the second city in America to be a UNESCO City of Creative Gastronomy. Tucson, Arizona, out in the barren Sonora Desert, was the first city so designated in the U.S. Only 19 cities in the world have been saluted by the United Nations agency for its culinary delights.

Brothers Pedro and Cruz Cortez opened a three-table café in 1941 to serve coffee to their fellow Mexican-Americans heading off to work early in the morning. Their great grandchildren now operate the Mi Tierra, which has grown to 600 seats under thousands of colourful lights and never closes.  Its interior walls are large murals depicting famous Hispanic Americans.

Mi Tierra is Spanish for “My Land” and was adapted from Mexican revolutionary Emiliano Zapata’s slogan – mi tierra belongs to those who work the land with their hands.

Dozens of other unique restaurants contributed to San Antonio’s UNESCO achievement. So, too, do five Franciscan missions strung along a 27-kilometre stretch of the San Antonio River.  The missions – including the Alamo - were created by the Spanish in the early 1700s to spread the influence of New Spain – now Mexico – north into what is today Texas.

The missions eventually fell into disrepair, but in the 1930s President Franklin Delano Roosevelt put many thousands of unemployed men to work rebuilding much of America’s infrastructure, including restoring the Franciscan missions. At Mission San José, the Caoalhuitecan people lived and worked with Mexicans growing crops in 1712, and the mission is still growing crops today – all of which gets donated to local food banks. The Culinary Institute of America (CIA) – one of the world’s leading culinary colleges – has three campuses. One is in Napa Valley in California, one in New York's Hudson Valley, and a third now in San Antonio.

The CIA in San Antonio opened in Pearl – a former industrial district that was once the headquarters of the Pearl Brewery. It’s now a cultural park with many restaurants, art shops and retail stores. Many of the cooking lessons at CIA are taught outdoors, because South Texas weather is so often friendly.

CIA professor Elizabeth Johnson was a specialist in Latin cuisines at the institute for six years, and two years ago opened Pharm Table, a vegan restaurant that USA Today newspaper named as the healthiest restaurant in San Antonio.

Johnson says food is the best medicine and most disease is caused by an imbalance in the body caused by the wrong foods for particular bodies. She now teaches classes at her restaurant on how food choices and preparation are an individual matter and certain body types and personalities should avoid or should concentrate on particular foods.

Her restaurant, Pharm Table, serves meat only from farms and ranches she has visited and trusts. When Cirque de Soleil was in town the performers ate their meals at Pharm Table. One of the first San Antonio restaurants you’ll encounter if you fly into town is Fruiteria, but walk on by the airport outlet and instead drop in to the original in a 104-year-old empty steel warehouse. Steel was unloaded here from rail cars and then fabricated by welders to construct homes and buildings in San Antonio. It’s no longer empty. A local developer restored the building with 50 condominiums and persuaded his favourite caterer - Johhny Hernandez - to open a restaurant in the building on Flores St.

A wide variety of Mexican fruit is used in nearly every plate and every drink offered at Fruteria.  Hernandez has decorated his restaurant in bright, creative Mexican art. Daytime meals are mostly sandwiches, smoothies, tapas, salads and fruit cups. Guacamole can be scooped up with thick, homemade potato chips. Pork and chicken are served with various Mexican sauces and of course there’s fruit galore. Not only did the developer get a popular tenant, but Hernandez also bought one of the condos above his restaurant.

The lobby of Cured, another interesting restaurant in the 100-year-old industrial district of Pearl, is actually a meat locker.  The surrounding glass separates patrons from the cooling slabs of meat, which can give diners an appetite before they open their menus. "Cured" has a double meaning to Steve McHugh, the young chef/owner.  He has beaten cancer. His menu offers a wide selection of artisan, cured meats which are air dried for 30 days to one year. And if you can’t make up your mind what to order  - go with the charcuterie plate and try a bit of everything. A $1 from each order goes to a local charity, which changes every three months.