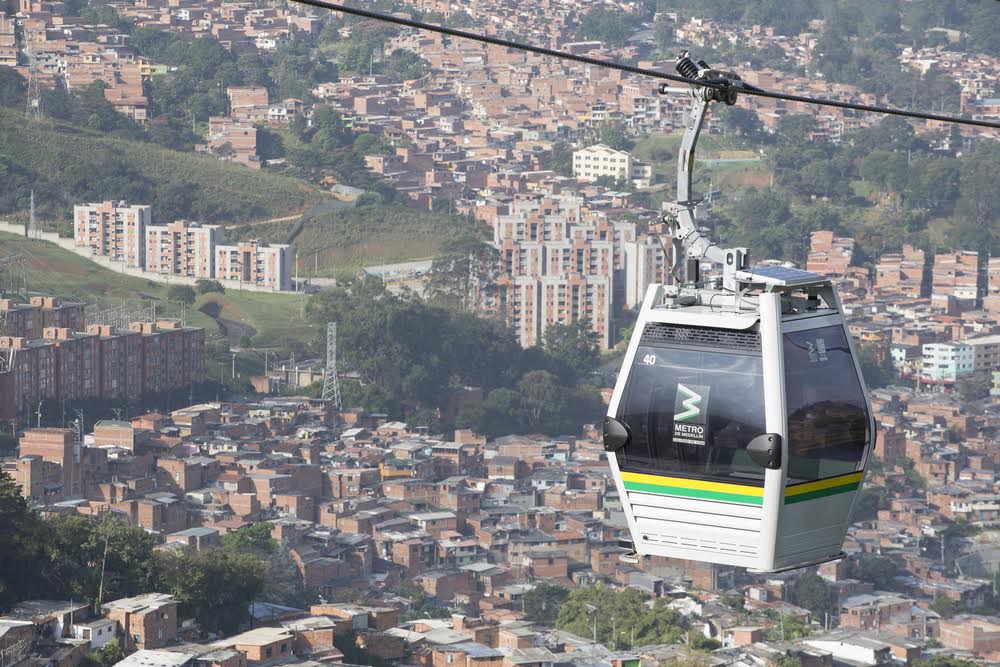 Not all that long ago, Colombia’s second largest metro area was sadly synonymous with rampant drug-related violence, the notorious narco-lord Pablo Escobar, and the Medellín Cartel. This new century, though, has seen a remarkable renaissance – noted throughout the world - that has left all that a receding memory (except maybe for a few tours that focus on the sites and stories of the bad old days). These days, as I have discovered on three visits – I truly can’t seem to get enough – the urb dubbed Medallo by locals is increasingly and refreshingly known more for its vibrant culture, design, dining, shopping, nightlife, and social progressivism.

Also nicknamed “the city of eternal spring” thanks to its temperate year-round climate, Medellín has been turned around by many things and years of painstaking effort, of course. But one major factor was a huge investment in infrastructure, from cultural institutions like Parque Explora science museum/aquarium (opened in 2008) parks and the development development/promotion of festivals like August’s Flower Festival and a jolly Christmastime display of lights. It’s a complex plan of urban renewal that has become a model for urban areas across the globe (in 2016, for example, it won the biennial Lee Kuan Yew World City Prize, beating out almost 40 other cities from around the world). 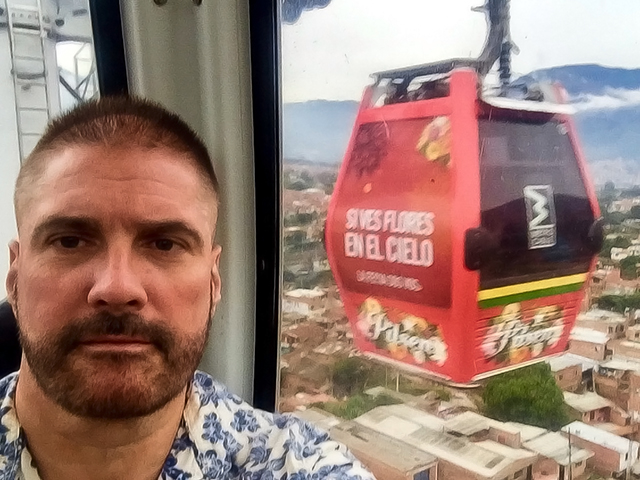 But perhaps most important of all for locals on a day-to-day basis, a robust public transportation system which has benefited both medellinenses in central areas but also resulted in the integration of various areas of the city which were once difficult to reach, and therefore especially prone to the culture of violence. Now these areas enjoy safe, modern public transport: a two-line/27-station subway  system opened in the late 1990s; a six-year-old network of articulated buses called Metroplús; a tram system still under construction; and perhaps most innovative of all, a trio of cable-car routes called Metrocable (top), the first of which started operation in 2004.

It’s this last – the first of its kind in Latin America – that’s the most spectacular, connecting the central areas with the poor barrios up in the hills, long largely isolated from the center because the streets up here are mostly too steep for cars and buses – making for alienated locals and high crime rates. Unsurprisingly, then, both crime and alienation have eased considerably in the past decade-plus, boosting both Medellín’s economy and security.

And these cable cars have become a big hit with visitors to the city as well, thanks to the fact that they’re fun and scenic, delivering sweeping views out over the valley in which the city’s ensconced, and each line offering different perspectives. The cars are in constant motion, and riders get on and off as they pass very slowly through enclosed stations. One runs from San Javier station to La Aurora, right on the border between the city and the rural county of San Cristóbal, while even more spectacular is the steeper one that goes from Acevedo station up to Santo Domingo Savio, next to the Biblioteca España (Spain Library) on Santo Domingo Hill. Both these lines are included in a regular metro ticket. 
On one of my Metrocable rides (above right), I alighted next to the Spain Library and walked around the dynamic neighborhood, feeling perfectly safe and watching locals play, hang out, and go about their daily shopping and other business. I wondered what life here must’ve been like before the cable car, when it was considered one of Latin America’s most dangerous places; my own impression of Santo Domingo these days was of a vibrant and even reasonably clean/well-kept working-class district. Making my way through the library – a trio of modern cubist buildings sponsored by the Spanish government and inaugurated in 2007 by the king and queen of Spain – was an emotional experience, witnessing locals and especially kids happily accessing books, Internet, and cultural/social events that could not but be life-changing.

The third Metrocable line, requiring a separate ticket, links Santo Domingo Savio with the six-square-mile (16,000-hectare) Arví Park nature reserve (above) above it in Santa Elena county. This, too is a remarkable experience, with its 54 mi. (87 kilometers) of trails through virgin forest and a raft of nature tours, adventure sports, even pre-Columbian ruins. You can get some down-home Antioquian food up, here, as well, and furthermore it’s also the gateway to the Santa Elena flower farms which provide a fascinating look at one of Medellín’s best known exports, fresh flowers (most likely the ones that end up at your local florist!).

A smaller but also cool subset of Medellín public transport system is also aimed at integrating some of the poor hillside neighborhoods – in this case, Comuna 13 (aka San Javier). In 2011, after years of arduous planning and construction, one of the world’s longest escalators (others can be found in Hong Kong, mainland China, and Washington DC’s Metro) finally opened here (above, . Divided into a half dozen sections, it’s 1,263 feet (385 meters) long, covering a drop of 492 ft. (150 m), the height of a 28-story building, and connecting more than a thousand people a day to the bus and metro systems within six minutes.

So as you’ll find out when you visit Medellín (which I heartily recommend), here it’s up, up, and away!