Our English-speaking tour guide at De Halve Mann Brewery in Bruges makes a point of telling us as we ended our visit, “I don’t care what the boat men tell you, we don’t use canal water to brew our beer with.” Then pausing for just the right effect, she added, “Well, except for the dark beer that we sell to the French.”

Her well timed shtick brings a chuckle from the English-speaking audience as we head for the tasting room and highlights that while French is one language spoken in Belgium, the French have remained on the outs with citizens of Belgium since the battle of Eperons D’Or in 1302.

That was a battle of freedom for the Flemish as Flanders won back its freedom from the monarchy in France. And thus the city that is called the "Venice of the North" for its many canals is both full of the history of Belgium and Europe, as well as a mélange of wonderful shops and eateries. 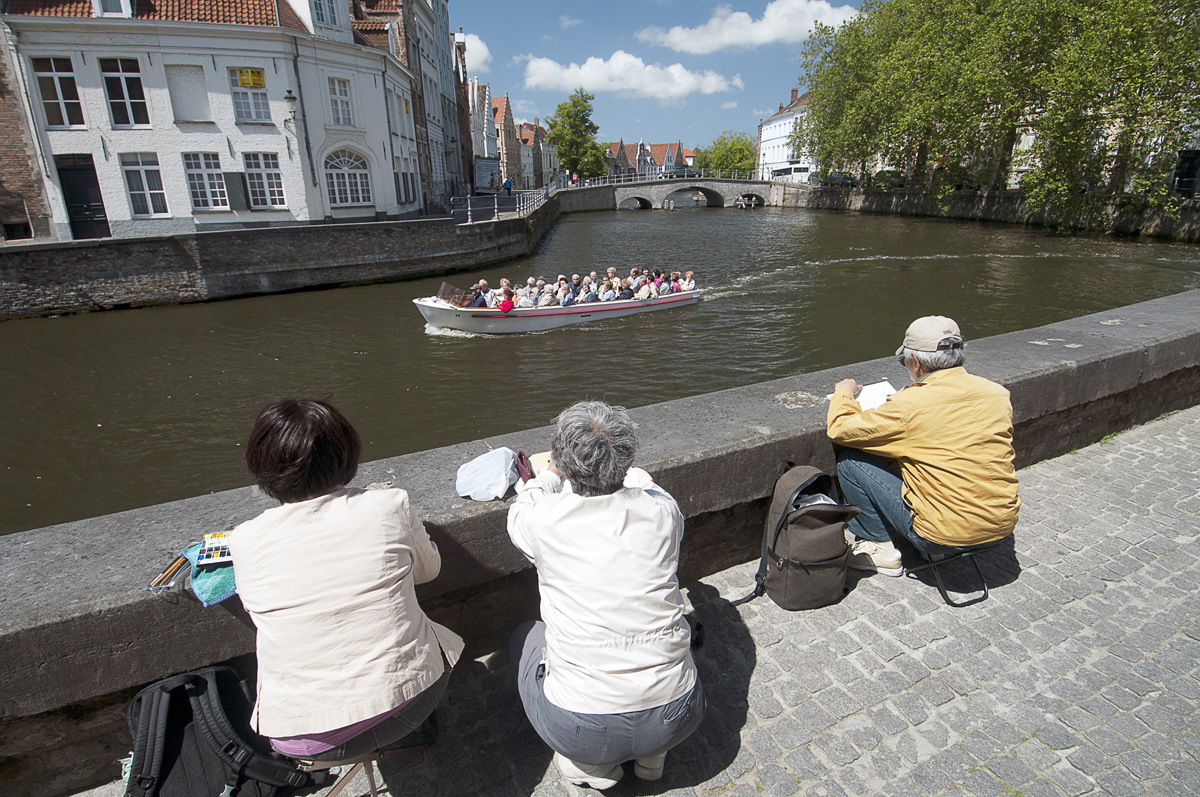 Those canals give Bruges one of its identities but are not the only reason for visiting this UNESCO World Heritage City. The canals, called reiens, are the result of the North Sea flooding the area in the fifth century. It was 200 hundred years before the waters receded leaving a series of canals and estuaries, which allowed easy ingress to the raiding Vikings of the day.

Over one of these canals, the Zwin, a military fortress was built by the Count of Flanders to protect the area against the attacking Vikings. This fortress was the birth of Bruges. Because the canals gave easy access to ships, the city became one of the major trade centers of Europe and the capitol of Flanders. For more than 200 years it flourished as the center of trade, finance, and culture in Europe.

Due to the silting of the Zwin and competition from nearby Antwerp, Bruges slowly declined as the center of trade of Europe until it was rediscovered in the 1800s; its canals, cobbled streets, and medieval buildings brought romantics from around the world. Today those same attributes make it one of the foremost European cities to visit and the fact that it is closely associated with the school of Flemish Primitive painting also draws a wide audience.

Located in the far Northwestern corner of Belgium a stone’s throw from The Netherlands, Bruges is served by multiple high speed trains each day and is an easy drive from most cities in Europe. It is also easily reached from the UK via ferries or the Eurotunnel and like many European cities Bruges has a strong public transportation system. 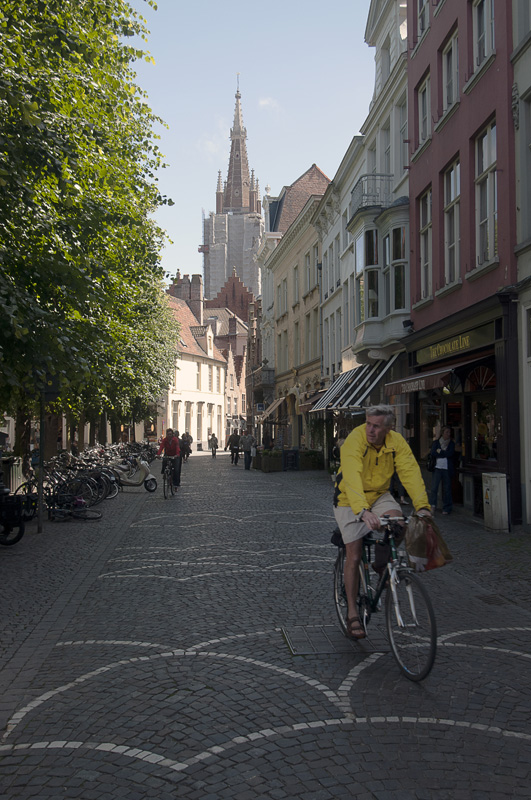 And while bicycling in the city is quite popular, Bruges is also a great place to get your walk on – but be sure that you have a good pair of shoes as the cobblestone streets and a poor shoe choice can wear out even the most fit before their time. Of course you can also see the sights of Bruges by boat.

There are five landing stages and boats leave every 30 minutes for the half hour trip that gives one a different perspective of the Venice of the north. The boats run from 10am to 6 pm March to mid-November. Rates for adults is a modest 8-10€.

There are too many sights to see in Bruges for one article, but here are several things that one should not miss when visiting this grand city:

Bruges is an enchanting place that blends the history of Europe with a modern day metropolis. A metropolis yes, but one with a mellow pace of life that allow one the chance to breathe in the slower pace of life by a boat ride, or a carriage tour, or just by kicking down the cobblestone streets at a leisurely pace freeing one’s spirit of the normal pressures of the day.

The canals and cobblestone streets add ambiance to this city of history and gives one an appreciation of both past and future of this Venice of the north. 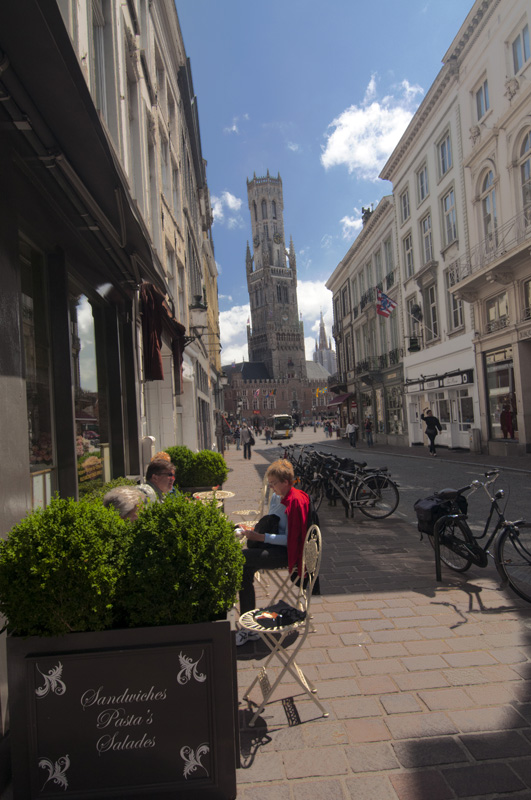 You can see more images from the city of Bruges at the the following link: www.photobyrustyraefollowinghttp://photobyrustyrae.photoshelter.com/gallery/Bruge/G0000DZivdO_4Ei8/C0000m.9ghEBxNPg