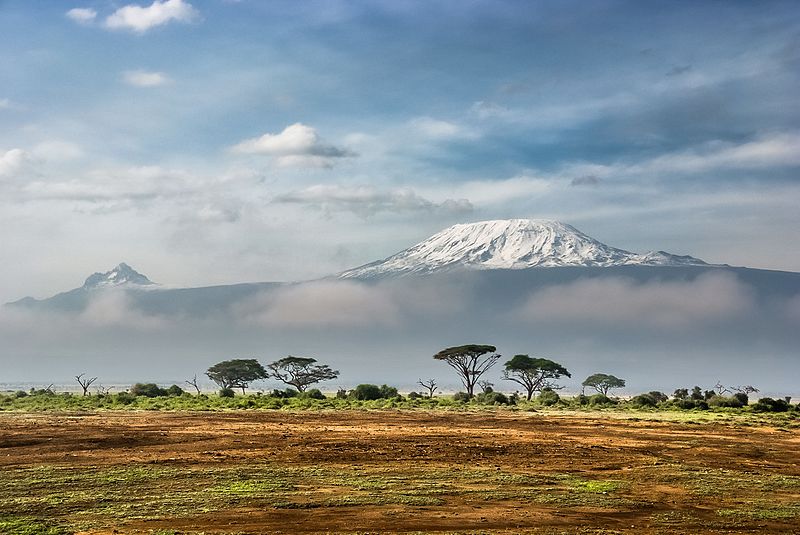 Especially since the 1936 publication of Ernest Hemingway's short story The Snows of Kilimanjaro and its 1958 movie adaptation, many people around the world have heard of Africa's highest peak. But there are also a number of other remarkable mountains around the continent - most of volcanic origin - which you may not have heard of but which also provide adventure travelers with scenic challenges. Here are a half dozen of the most prominent of Africa''s ten highest mountains, all eminently climbable (tens of thousands do each year) and many with huts along the various routes of ascent:

Reaching a height of 19,341 feet and its base around 25 miles across, Kilimanjaro (top) is a dormant volcano located in northeast Tanzania very near the border with Kenya, and it's not only Africa's highest but also the highest freestanding mountain in the entire world. Every year around 50,000 visitors attempt the summit, with various trekking routes taking between five and nine days; it's a fairly easy climb compared to many others, but still plenty challenging. 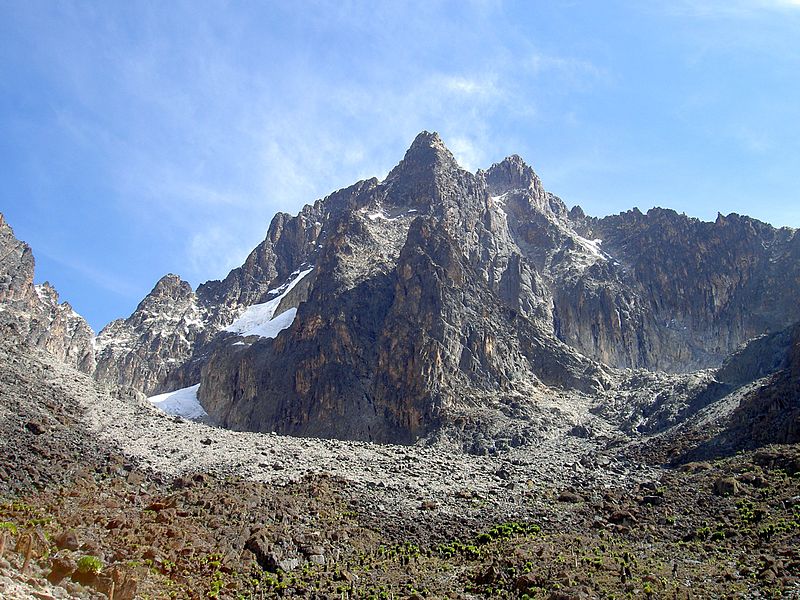 Another extinct volcano, nicknamed “the Place of Light,” Africa's second highest mountain reaches 17,057 feet, is located in the center of the country, and is the centerpiece of Mount Kenya National Park. Listed as a UNESCO World Heritage Site, it has three main summits: Batian, Lenana (the least difficult and most ascended), and Nelion, and its slopes are also home to several Bantu peoples. the Lenana route can be done in four days. (For a view from the summit, click here.)

Africa's third highest peak straddles Uganda and the Democratic Republic of the Congo, rising 16,761 feet across several lower peaks as well as a pair of twin summits, Alexandra and Margherita - with, of course spectacular views of the surrounding region, including some amazing glacial lakes and glaciers. It's part of Uganda's also UNESCO World Heritage Rwenzori Mountains National Park, and the ascent takes about a week round-trip.

Located in Tanzania's Arusha National Park just 43 miles west of Kilimanjaro, 14,967-foot Mount Meru is the fourth  highest peak, its fertile slopes carpeted with fauna-rich forestland. A more approachable climb than Kilimanjaro, it can be done in four or even three days. 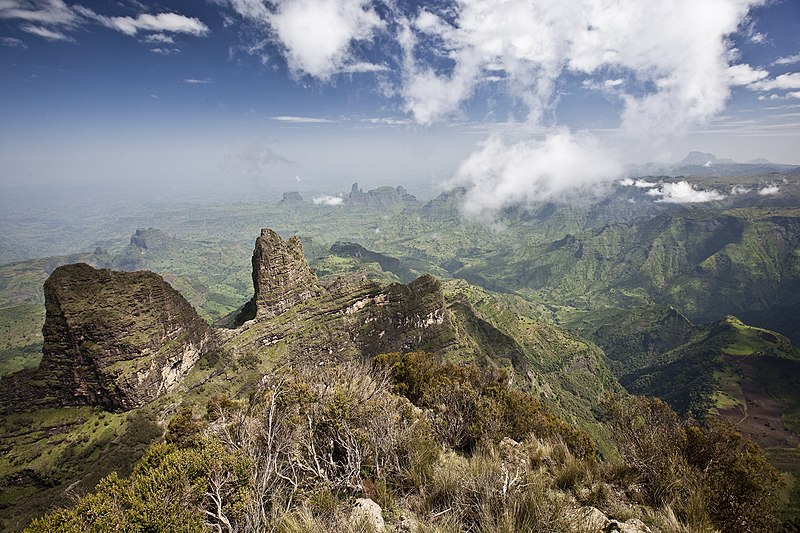 This rugged range in Ethiopia's far north is dubbed "the Roof of Africa" because it's the continent's largest massifs, with a subset called the Siemens Mountains, home to the Highlands' highest peak, Mount Ras Dejen, at 14,927 feet. One travel guide calls it "a mystical world of primeval forests, misty peaks, bizarre plants, and exotic creatures...like stepping into an otherworldly paradise."  You might even spot rare wildlife such as the Walia ibex and Ethiopian wolf on your ascent, which can be accomplished in as little as two days round-trip.

Yet another dormant stratovolcano, and straddling northwest Rwanda and the Republic of Congo, 14,786-foot Karisimbi is part of the Virunga Mountains as well as Rwanda's Volcanoes National Park (known for its mountain gorillas, which some trek organizers include in their itineraries). The ascent is steep but rewarding, and usually takes two days.
Also, snow can be found on its higher slopes during the dry season, June through August.