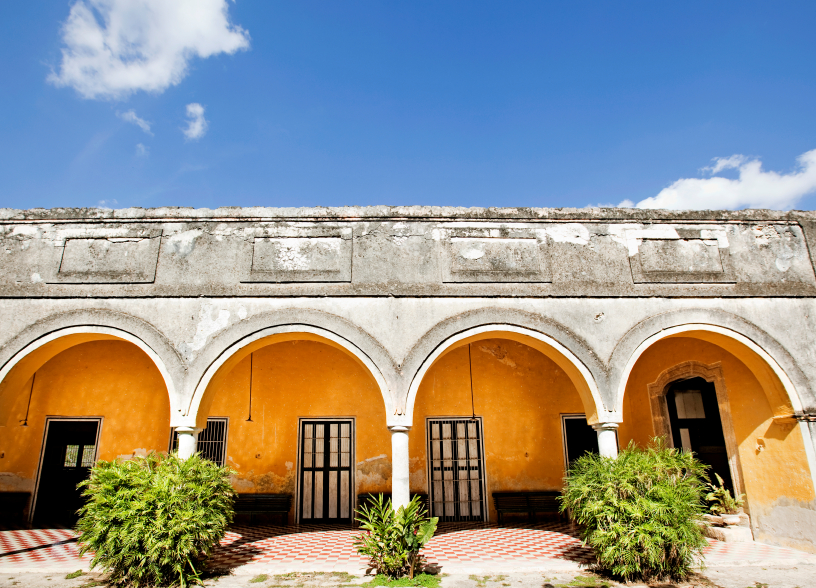 More than a few vacationers staying at coastal resorts on the Riviera Maya or Cancun do venture into the interior of the Yucatan peninsula, but for the most part it’s on day trips or overnighters to world-famous Maya ruins such as Chichen Itza and Uxmal. As well they should – but sometimes overlooked amid all the ancient wonder is Yucatan’s capital, Mérida, a four-hour drive inland from the coast (add maybe a couple more hours if you take local roads). With a population of some 800,000, it’s the peninsula’s largest burg, to be sure, but what I most like about Mérida are its cultural offerings and especially its old colonial quarter, dating to the founding of the Spanish settlement in 1542 on the site of a Mayan city called T’hó. I first visited it a few years ago, and when I returned recently, I found some of the more dilapidated patches of this low-slung centro histórico have been attractively gentrified by both locals and foreign expats, turning more of these gracious old buildings into shops, restaurants, bars, bed and breakfasts, and the like.

As with most towns and cities in Latin America, this historic downtown is centered around the Plaza Grande, the main square, whose park is a popular hangout both day and night; on the east side is the large but fairly standard cathedral of San Ildelfonso (finished in 1598), and adjacent to it a low-key but graceful 19th-century ayuntamiento (city hall), where you can catch free guided walking tours; on Sundays there’s also a plaza-wide handicrafts market and food stalls. Speaking of handicrafts, there are plenty of shops and markets to browse Yucatecan wares like huipiles (women’s colorful embroidered tops), hammocks, carvings, and lots more. Worthwhile local museums include a good, small one (with exhibits labeled in English) devoted to the city’s history; a very worthwhile anthropology museum; and another for folk art. It’s actually enough to keep you busy for several days, but you can get a pretty good taste on a day trip or overnighter. Still under the radar, underestimated - and much recommended.