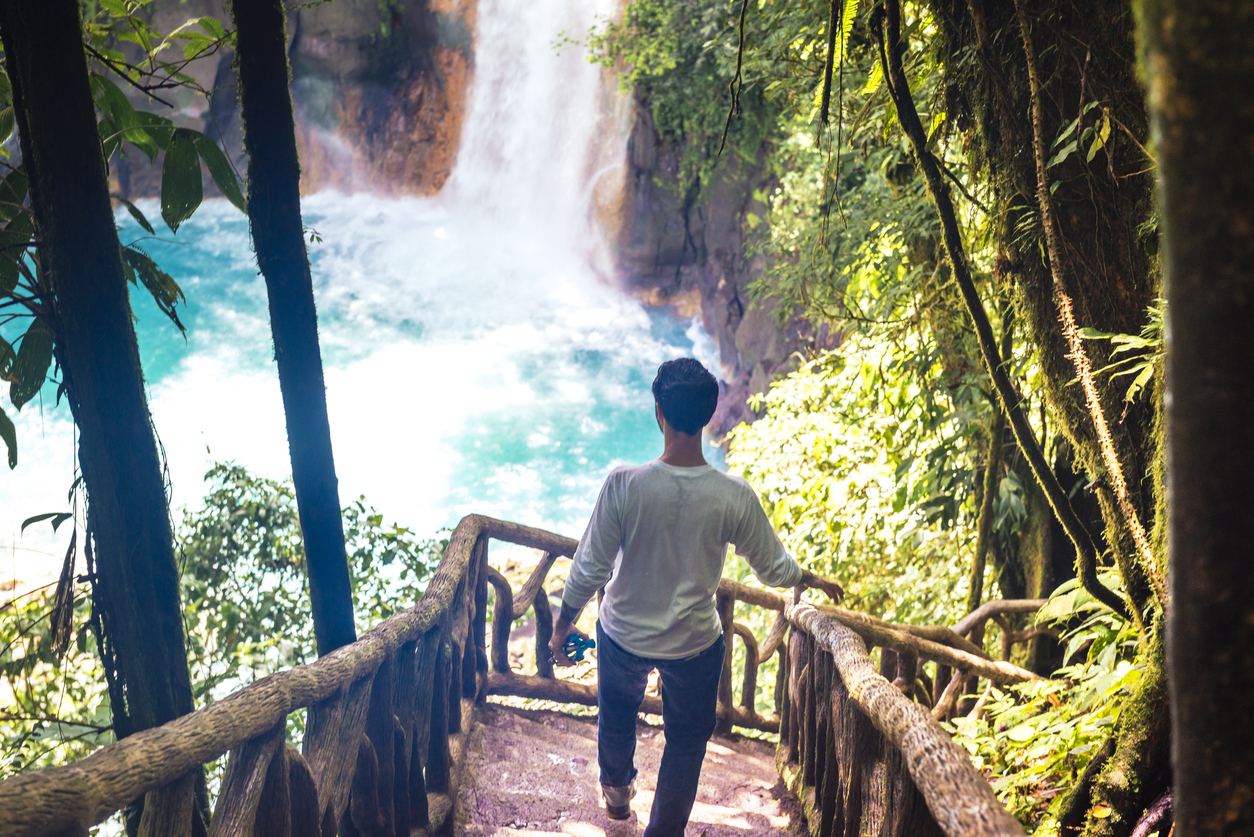 
Travelling alone can be bliss and traveling alone might even change your entire life. If you are a wanderer and looking for an escape from your routine, solo travel is the best thing you can do. But it's important to choose the right destination. Here are five of best countries that are ideal for solo travel.

What makes this small Central American country such a good destination for the solo traveller? Well, for starters its people are very friendly - and the happiest in the world, occupying the top spot in the New Economics foundation's Happy Planet Index, which evaluates overall sustainable happiness and environmental efforts. Costa Rica lives by the philosophy of pura vida (pure life), which is essentially a motto championing a simple, low-stress- life. It's a relatively inexpensive place to travel, and the diverse landscapes will take your breath away, from the rainforest to the beaches to spectacular volcanoes, and if you use common sense during your travels, the country is generally considered to be quite safe.

In recent years this Mediterranean Slavic nation has seemed to be popping up on everyone's bucket lists. And indeed, there are few destinations more buzzworthy than Croatia - but just because many of your friends plan on visiting this dreamy land of walled towns, dramatic landscapes, and beautiful beaches doesn't mean you need to go with them. In fact, one could argue that there has never been a better time to plan a solo trip to Croatia, as travelling without a large group allows you to blend in with and better mingle with the locals rather than standing out as a potential target for tourist traps. You can have a far more authentic experience, for example wandering the winding streets of Dubrovnik or charming Korčula town on the island of the same name, and relaxing on peaceful and secluded beaches like Stiniva on the island of Vis (where the movie Mamma Mia was filmed, by the way). The local food and wine are also delicious, and well worth indulging in.

The Land of the Rising Sun is known for many things but some of its biggest selling points include the famed local cuisine; its traditional temples, shrines, and gardens; the breathtaking beauty of its natural spaces; and of course the extremely polite Japanese themselves. There's edgy, as well, such as Tokyo's infamous, fascinating red-light district Kabukicho. The hot springs known as onsen ensure that you return from your journey feeling well-rested and thoroughly relaxed, plus Japan's capsule hotels offer some of the tiniest accommodations in the world meaning that you won't be blowing your budget on unnecessarily oversize rooms.

Amsterdam should definitely be on everyone's solo bucket list. Yes, groups of friends often travel there to experience its world-renowned nightlife, but this city of contradictions has another side as one of the most peaceful quaint and contemplative cities you’ll ever visit. It's famously picturesque, with many portions of the city somehow maintaining the energy and aesthetic of a small village - making it the perfect place for a casual solitary stroll or a place to recharge your batteries even with often large crowds of tourists thronging the historic center, especially in summer. If you are depressed because of fake love or overwhelmed by a hectic life, it can be a great escape. You should also take the time to venture beyond A'dam to the beautiful fields of flowers, historic windmills, and charming little towns full of friendly locals.

Outdoor enthusiasts are sure to be pleased with the abundance of activities in which you can take part,  from downhill skiing and snowboarding to hiking, fishing, and cycling. One can also experience amazing architecture in Norway. The major cities in Norway like capital Oslo offers impressive architecture both traditional and modern, but many coastal towns are insanely charming. The single biggest draw, however, is the nation's incredible landscape - Norway is one of the most beautiful countries in the world. The dramatic fjords that cut through the land are truly awe-inspiring and the Lofoten archipelago is like something out of a dream - plus any place where you can see the Northern Lights is worth a visit with or without company.