Pivo (beer) is king in the Czech Republic, and I'll never forget, when doing an article many years ago on famous spa towns such as Karlovy Vary (Karlsbad) and Mariánské Láznē (Marienbad), how beer along with butter-drenched dishes was considered "spa cuisine." I don't know if a quarter century later that's still true, but in any case these days a luxury establishment in central Prague's Nové Mēsto district called Original Beer Spa has updated the concept to offer visitors facilities and treatments including private rooms with straw beds and huge, hand-carved oak tubs filled with the natural extracts used to brew beer - plus of course plenty of suds to lubricate the experience further. Na zradraví (a toast to your health)! 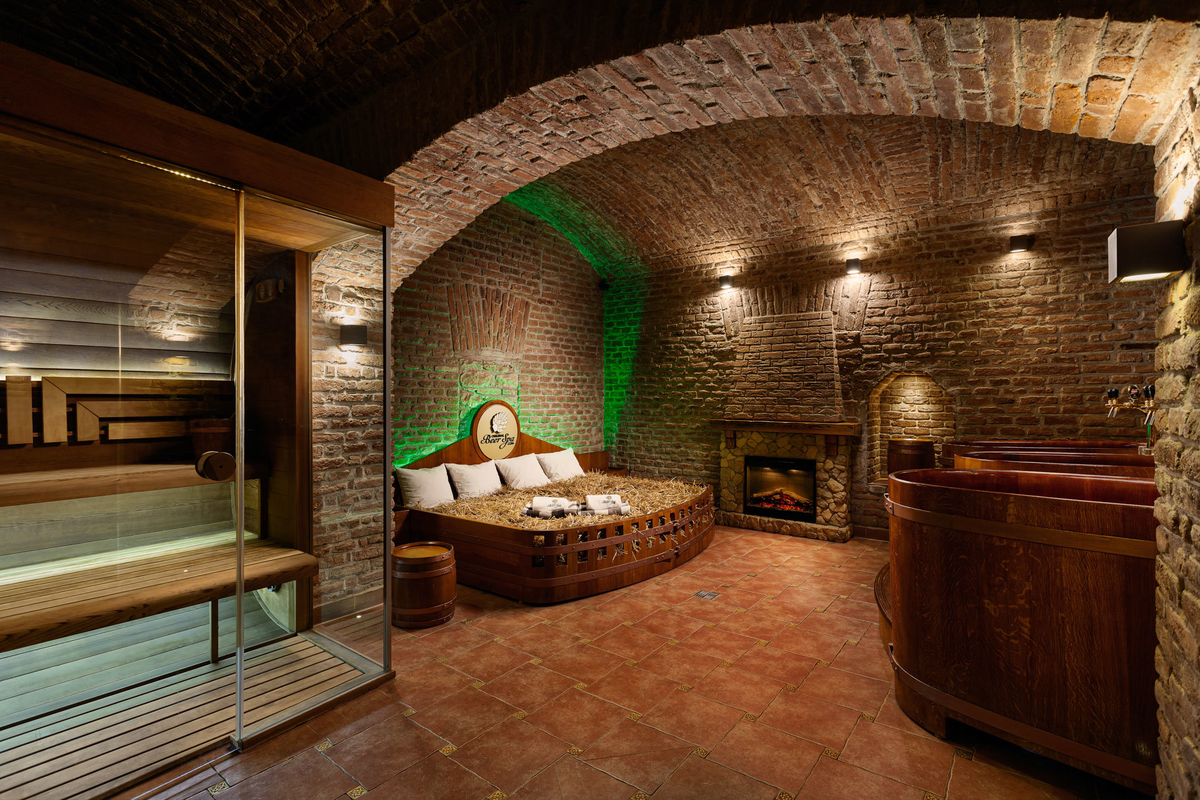