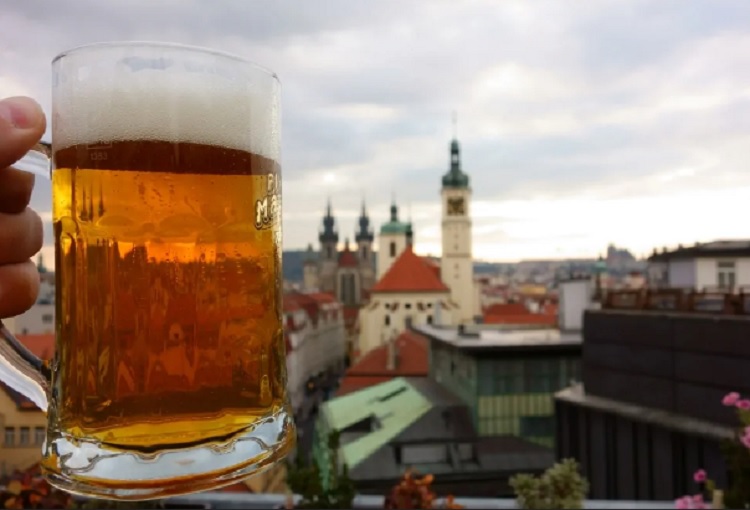 Ach, du liebe! It’s that sudsy time of year again, as Germany’s Oktoberfest begins anew later this month. When many of us think “beer”, Deutschland naturally springs readily to mind – and for some, perhaps also Belgium, known for some distinctive brews of its own. But after more than a quarter century recovering from its unfortunate 20th-century stint behind the Iron Curtain of the Cold War decades and resulting beer-industry degradation, the beer-pioneering Czechs are once again coming into their own as a beer destination - and indeed, a world brewing power.

Indeed, the pedigree of what we today think of as beer – brewed with barley and hops, here in particular the reknowned Saaz hops – goes back almost as far as you can go in Europe. That is, to at least the 7th century, when Slavic tribes displaced Celts in what is now Bohemia and Moravia, and by 933, beer production was documented by the Benedictine monks of Břevnov Monastery outside Prague (yeah, that “ř” is tricky – try saying it like the “s” in “measure”).

Furthermore, the world’s most popular beer style, the pale, bottom-fermented lager known as pilsener, was invented in 1842 in the eponymous West Bohemia city of Plzeň (known in German, once widely spoken throughout the region, as Pilsen). And perhaps you’ve heard of Budweiser? You can thank the South Bohemia burg once named Budweis, now České Budějovice.