Outside the 16th-century Buddhist monastery of Erdene Zuu Khiid, two of these statues are left of the original four - originally supporting inscribed stone stelae - which "guarded" ancient Karakorum, capital of the Mongol empire between 1235 and 1260. It's part of the UNESCO site Orkhon Valley Cultural Landscape in central Mongolia. 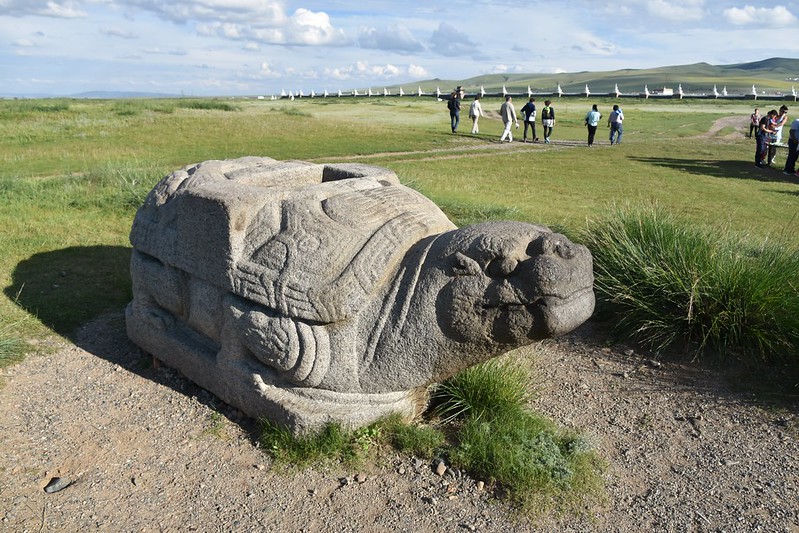