A profession very much in transition, travel's front-line retailers are some of the most knowledgeable folks in the industry. Here's a place to exchange views about issues, destinations, and more! 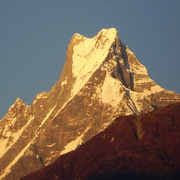 We need to wake up early morning in Kathmandu, Drive to the domestic airport one hour before flying hours, Boundless Adventure will inform you a day before that you are going on a Helicopter tour for three to four hours. Helicopter Landing at the Kalapathar with officer and board the Everest tour by Helicopter.Max four hours Itinerary with the officer.Phase=1=Fly from Kathmandu – Lukla (fueling in Lula and take off to Pheriche) 5/10 minutes landing.Phase=2=Fly to Pheriche and landing for the…

scyther5 As a travel company - whether you're a tour operator, travel agent, hotel, transportation provider, destination management company, or whatever - or  you are certainly wondering how you can get the most out of search-engine optimization. With a well thought out SEO strategy, you can win over users. In addition, they rank higher in Google searches, which generates additional traffic. Search-engine optimization (SEO) basically includes all measures that help to improve the ranking of…

5 of the most effective social-media sites for travel agencies

Allowing customers currently traveling to include their comments on a travel agent's social media site allows the travel agent to know right away what is happening. This has a number of benefits that allow the travel agent to: • Make any changes needed if it's a negative comment.. • Send the message to all viewers about the great experience the customer had if it's positive. • Better know what their customers want. An agent can improve customer service immediately and come out ahead of…

A fair number of factors need to be taken into account when planning a vacation, from picking a destination to deciding upon your dates, putting together an itinerary, and booking transportation. And of course you also need to figure out where to stay - and this can be especially challenging if you are traveling to the destination for the first time. read post

First Previous of 39 Next
This reply was deleted.