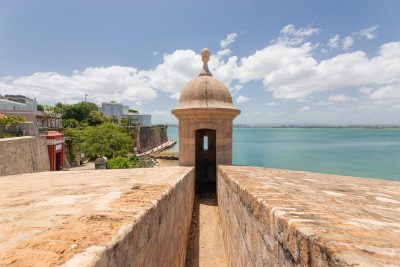 El Viejo San Juan is the core of one of the Americas' oldest still existing cities, and this year Puerto Rico has been marking the 500th anniversary of its founding in 1521 by Juan Ponce de León (of Florida Fountain of Youth fame). Its strategic location made it the first stop of many merchant and military ships traveling from Spain to the rest of the empire's colonies, so it's packed not just with the requisite cobblestone streets, plazas and charming Spanish colonial architecture (now housing a plethora of bars, restaurants, shops, art galleries, and boutique hotels) but also major military, civil, and ecclesiastical landmarks.

The occasion calls for a serious celebration, of course, and in Puerto Rico they know how to party, so the city has planned just that. For starters, don't miss a pair of exhibitions at the San Juan Museum: "San Juan 500 Years: Art, the Image, and Devotion" and “The City in Time: Five Centuries of Artistic Depiction of San Juan", both an excellent way to immerse yourself in the unique history of this tropical port city. In December, Christmas festivities will be ramped up to become the longest in Puerto Rico's history in honor of the occasion, followed by a "Welcome 2022" New Year's event and later in January a special edition of the Calle San Sebastián Festival (see below). Many other fabulous events are in the works, too, culminating in a sailing regatta next summer that will mark the official close of the celebration. Stay on top of the line-up at official 500th Anniversary site as you plan your visit.

Once you're done partying, the usual and varied attractions of this old colonial capital still beckon, and for this purpose the city has created a special 2-1/2 hour walking tour that will transport visitors four times a day to 16th-century San Juan. And of course, whether or not you've been before, make sure to hit these highlights: