The Ultimate Travel Writing & Photography Retreat, Charleston, South Carolina, June 18-21, 2022If you want to boost your travel writing skills to a new level this workshop is for you. We'll focus on travel writing and photography - how to write exciting travel stories and create photo galleries that editors will love. This interactive course features lectures, writing exercises, in-the-field tours, group readings & discussions, and hands-on experience. You’ll also receive on-on-one feedback and… 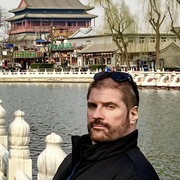 Our company is seeking a part-time editor to handle the English-language blog of a major travel/tourism client, which involves writing (and sometimes proposing) four or so original posts in English and translating about an equivalent number of posts from the Spanish blog. Native English speaker required, as well as very good Spanish for purposes of translation as well as dealing with client contacts. For more details, please write to me at dappell@tinkle.lat.

Fodor's Travel is looking for writers for the upcoming edition of our Croatia guidebook, specifically concerning the following regions: -Split and Central Dalmatia -Zadar and Northern Dalmatia -Kvarner and the Northern Adriatic Islands -Istria -Zagreb and Inland Croatia -Slovenia -Montenegro Fodor's is a leading guidebook brand for American travelers with more than 300 titles covering most corners of the globe (www.fodors.com). If you are working in the above areas, or know any…

First Previous of 127 Next
This reply was deleted.