Built by the Dutch (under the auspices of the Dutch West India Company) in Statia's main town and capital after they started permanently settling here in 1636, it's the best preserved (and restored) of more than a dozen remaining fortifications across the island. You can visit the barracks, a jail, and the former governor's and commander's residence. There's also a plaque presented in 1939 by U.S. President Franklin Delano Roosevelt commemorating the "First Salute" on November 16, 1776, when the governor had the fort's cannons fire an eleven-gun salute for a ship from the colonies which had declared independence from Britain four months earlier (there because Statia was a source of arms and ammunition) - the first official recognition of the colonies' independence. 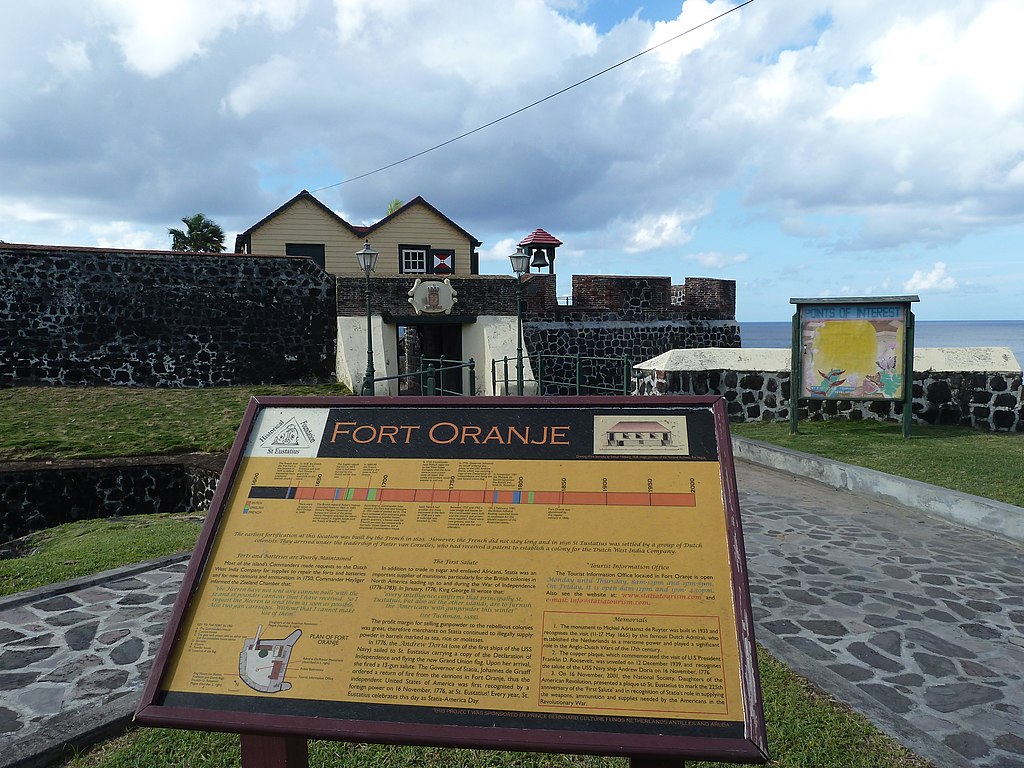