An example of the raw grassroots art popping up on the gritty streets of Havana, alluding to the country's indigenous religion, a melding of Catholicism and African faiths brought by slaves - along with one of its ubiquitous 1950s U.S. cars, still kept running more than 60 years later. See more in my post Street Art of Havana: A Photo Essay. 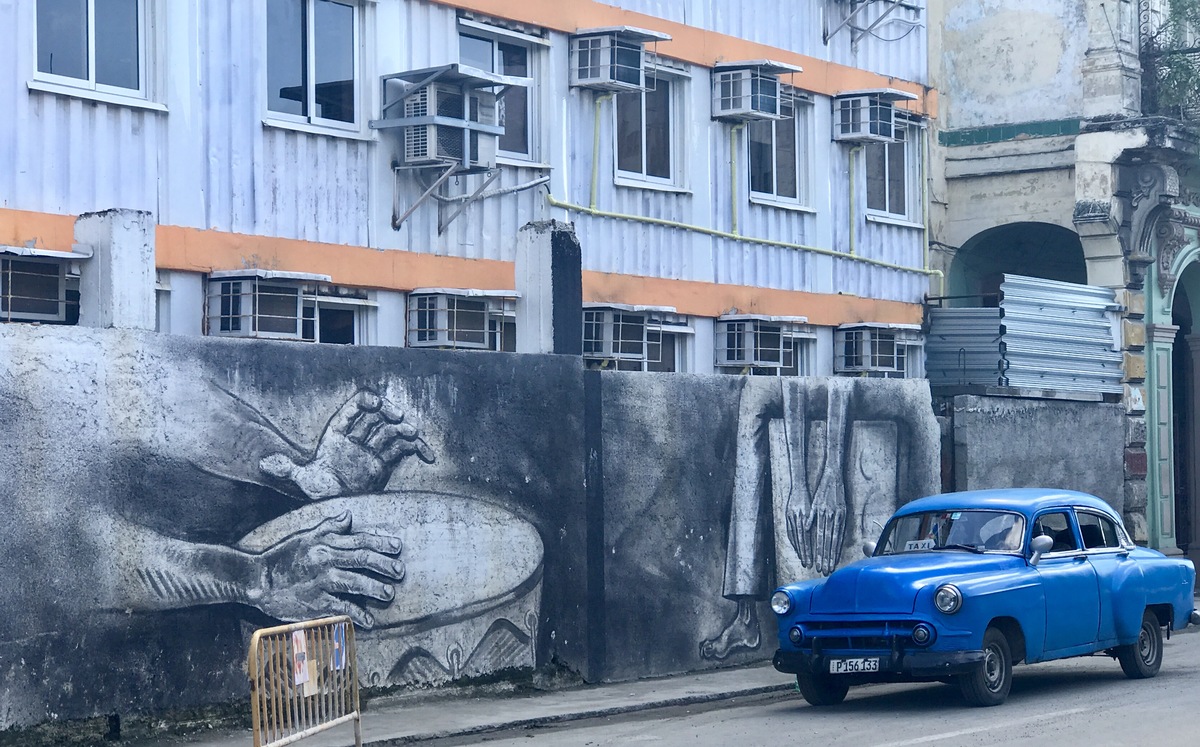