This shot in capital Bandar Seri Begawan was taken 13 years ago but still encapsulates the stark divide between the obscene wealth of Brunei's despotic sultan and the poverty in which most of his subjects live. It depicts the ramshackle stilt settlement Kampung Ayer contrasted with, in the distance behind it, the world's largest royal palace and spectacular mosques. 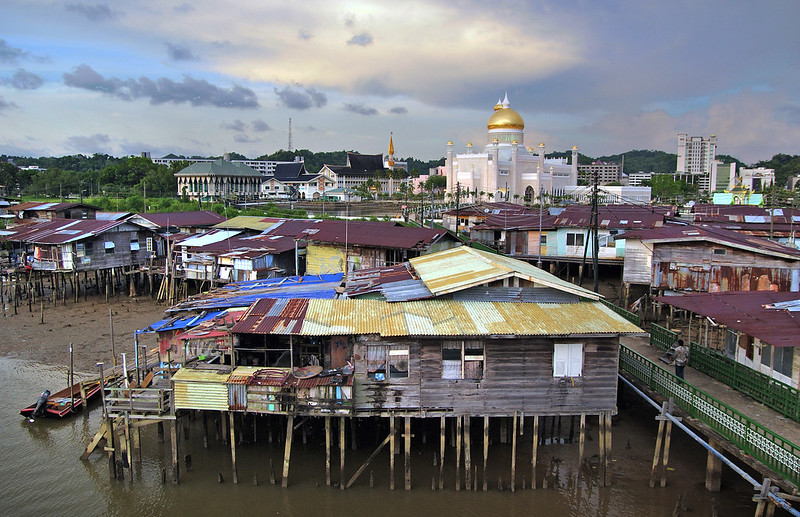