All about airlines, airports, flying in general. How to navigate them, get the best airfares, maximize your experience in a sector that hasn't exactly been a joy in recent years...come fly with us! 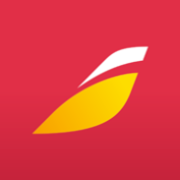 How far can a commercial jetliner fly?

Have you ever wondered what is the maximum distance an aircraft can fly? The most obvious answer is of course "as far as its fuel reserves will take it". That's certainly the case - but what are the factors that determine an aircraft's flight range?read post

For aviation watchers, when it comes to annual industry expos late July's Farnborough International Airshow in the United Kingdom is probably tops, especially in terms of trades and commercial agreements between the major airlines and aircraft manufacturers: aerospace, defence, sustainability, innovation, and advance air mobility are also showcased at this event, which is well known because of its great impact on the aviation sector.Another highly influential annual expo takes place in… 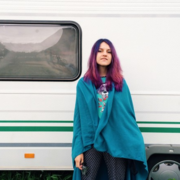 Greetings!Although air travel fascinates everyone but it is still hard to manage, pack and take care of luggage during such ventures. As a regular traveler, I would like to share few basic tip with you in this regard:1. First of all, you need to explore what are the most important things for you. These could be your medicines, smartphone, smart devices, passport, necessary documentation, etc. Travellers must pack this stuff in their hand baggage or carry-on bag. Indeed, all airlines permit…

For many people, being an airline pilot is one of the most interesting and glamorous jobs out there. Many of us have questions on what it's like, so recently we asked a couple of our pilots five of the more common questions out there, and here's they told us:read post

First Previous of 36 Next
This reply was deleted.