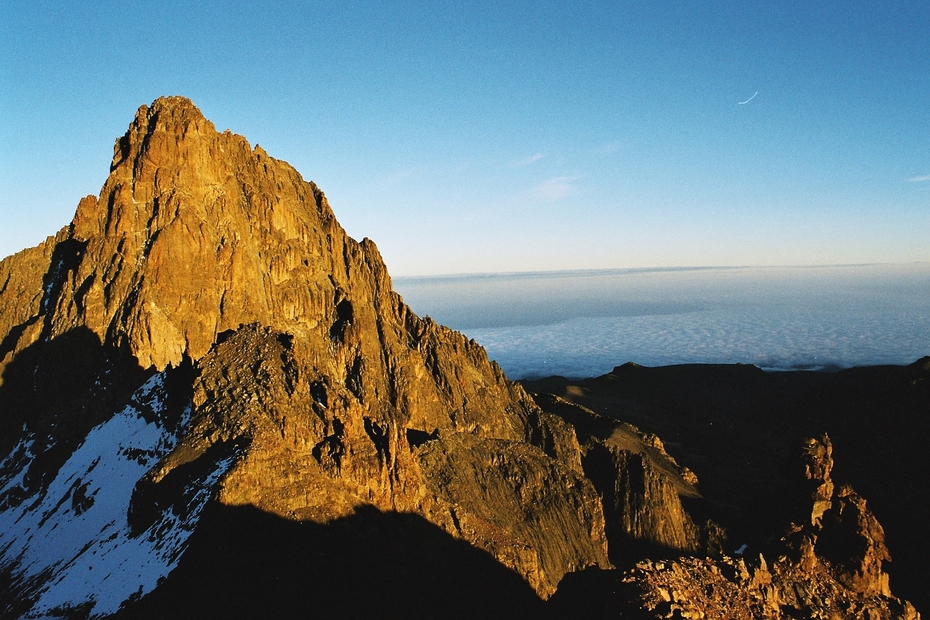 Håkon Dahlmo
Kenya's highest mountain (and Africa’s second highest mountain after neighbouring Tanzania's Mount Kilimanjaro) located within an eponymous national park around the centre of the country, this extinct volcano is estimated to be 2.5 million years old. Time has taken its toll on the former, reducing the peak from around 6,500 meters originally to 5,199 today as well as eroding the crater. Its higher slopes permanently covered in snow, surrounded by 715 square kilometers (1,852 sq. miles) of national park, the mountain consists of of three peaks - Batian (the highest), Nelion, and Lenana.and three main zones: - the rocky peak zone, the Afro-alpine moorland with its scattering of giant vegetation and the extensive tower slope covered with mountain forest and a bamboo there are more than 81 plant species. Any fit and prepared person can reach point Lenana - the so-called trekker’s peak - but the summit with the twin peaks of Batian and Nelion is considered even more technically challenging than the higher Kilimanjaro.