Japan‘s second largest metropolis (pop. 2.7 million, metro area 12 million) isn’t usually high on the list of most visitors. But those interested in exploring the country’s exciting urban culture should definitely put it on theirs, especially if they’re foodies, because the Big O is known among Japanese as “the nation’s kitchen”. Two and a half hours southeast of Tokyo by bullet train, in Honshu island’s south-central Kansai region (considered the historical heart of Japan), Osaka lies on fertile plains with mild winters and hot/humid summers that were being farmed for rice as far back as the 3rd century BCE, and as early as the 4th century CE this port town had developed into a hub for western Japan. And in the succeeding centuries it only became more important, growing into the country’s economic powerhouse, with a large portion of its population belonging to the merchant class. And it’s pretty much retained that status to this day, with locals being a bit more freewheeling and less conservative than the run-of-the-mill Japanese. 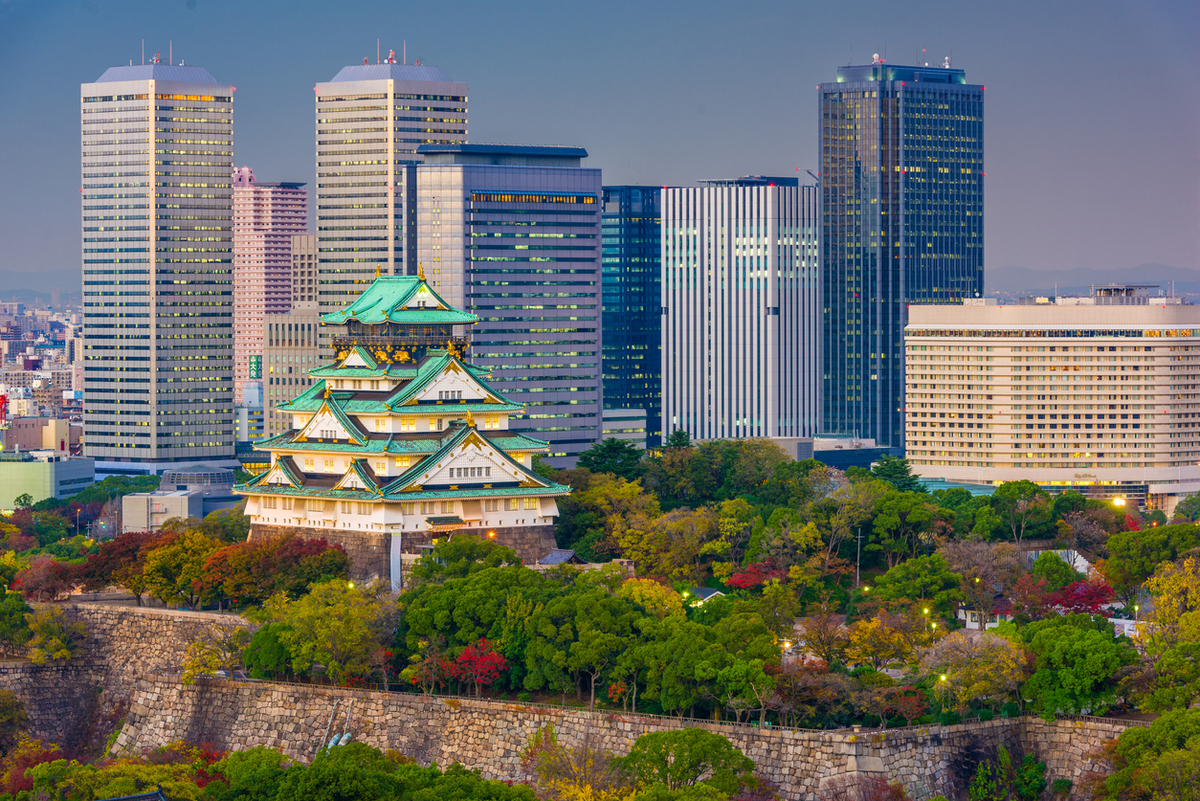