Near the city center, east of the Forbidden City, Wangfujing is s well known shopping district, and includes a pedestrian side street lined with dozens of stands selling street food. Much of it is what you would expect, but several of these stands specialize in exotic critters that were traditionally eaten in China generations ago but are much less common these days, including the likes of fried snakes, scorpions, starfish, seahorses, and spiders (such as tarantula, here). They ain't cheap, though - at the time (this was in 2017), these more unusual nibbles typically cost the equivalent of around $13-$14). Hào chī (yummy)! 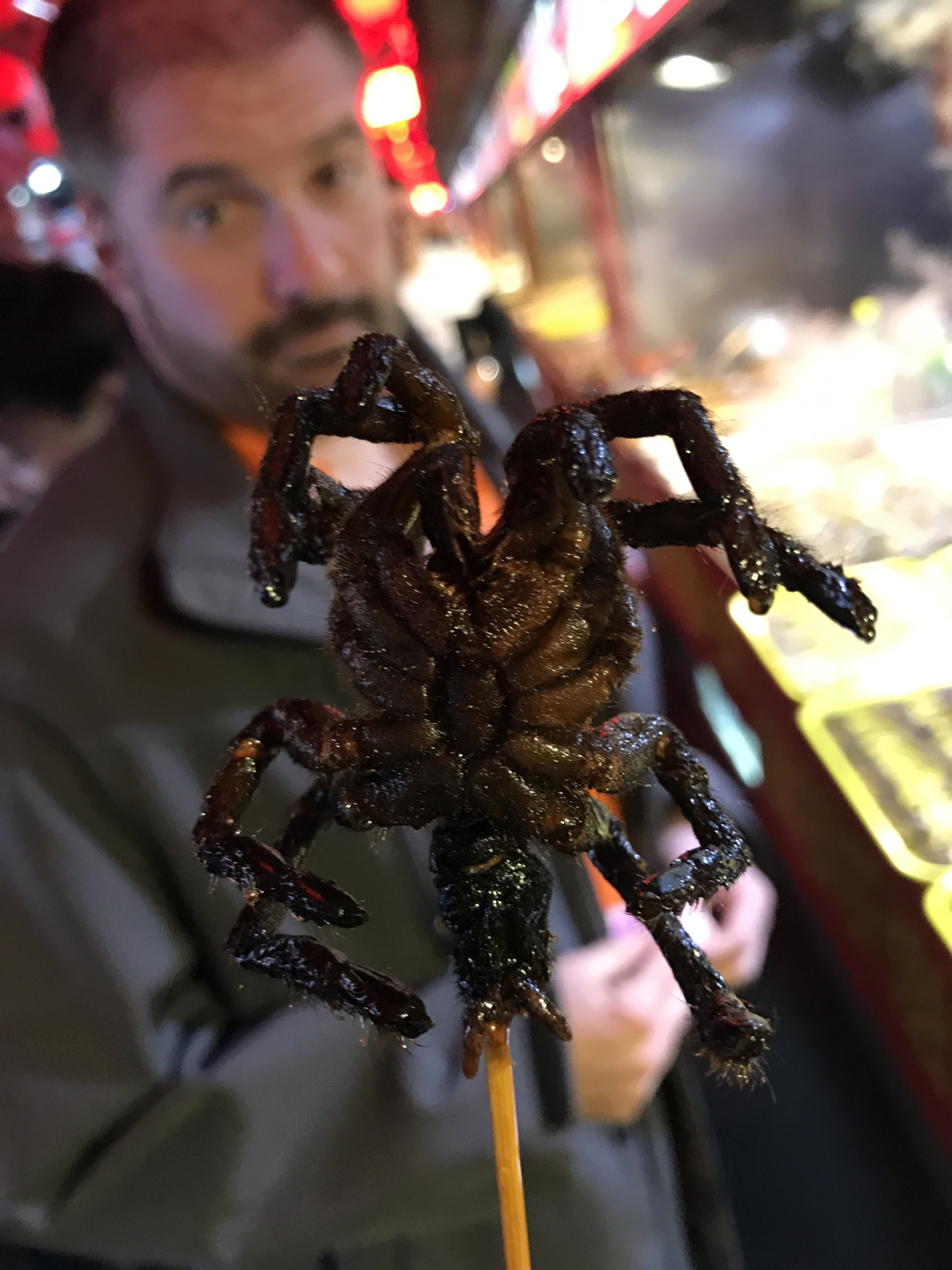